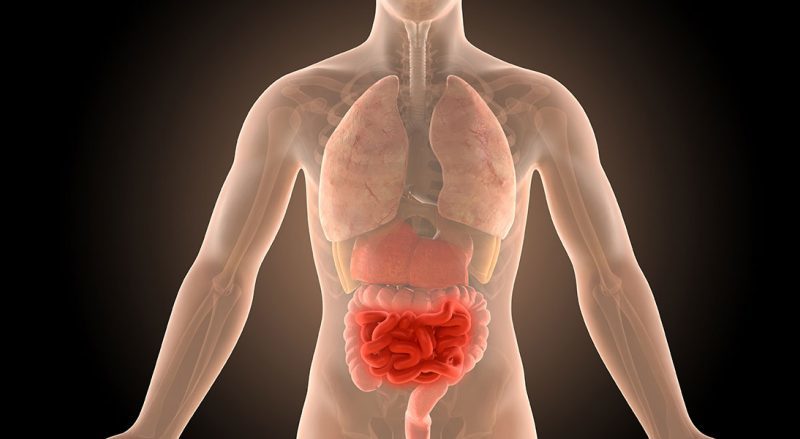 CLEVELAND, October 8, 2019—Scientists have made genetic data publicly available for bacteria that might be lurking inside the gut walls of patients chronically affected with severe Crohn’s disease.

By studying a surgically removed, damaged bowel from a patient, researchers were able to culture bacteria from a special form of microscopic lesions that they earlier discovered and that can be present within the gut wall of the inflamed bowel in Crohn’s disease. After growing the bacteria in their laboratory, they chose one representative species, and performed a complete genome sequence analysis that could hold clues into how the slow and damaging microlesions form.

The bacterium’s sequence, announced online via the American Society for Microbiology, corresponds to a microbe called Parabacteroides distasonis, and represents the first available genome from a microorganism isolated from microlesions in Crohn’s Disease. Thanks to modern sequencing methods, researchers were able to decipher the complete genome, which is now available for others to explore.

The lesions, described by the researchers as “cavernous fistulous tract microlesions,” intriguingly follow the structural principles of how geologic sinkholes and caves form in mountains, but at microscopic scales. The isolation of this bacterium from these cavitating lesions indicates that such microscopic places could serve as a haven for bacteria. Even species traditionally thought to be harmless in the human gut—like P. distasonis—under such circumstances could exacerbate the expansion and progression of such lesions in the inflamed gut.

“The gut wall of a person should not have microscopic cavitations, nor bacteria that are often difficult to grow in the laboratory,” said senior author Alexander Rodriguez-Palacios, DVM, PhD, assistant professor in the Digestive Health Research Institute at Case Western Reserve University School of Medicine. “The presence of this bacterium inside the gut wall is not normal, especially when you realize that patients have received multiple forms of treatments, including antibiotics, before they are sent to the operating room as an option to temporarily alleviate their disease and pain.”

Isolating and growing P. distasonis was a challenge—researchers had to keep the bacteria protected from air to mimic its natural anaerobic environment. This approach has been critical to make sure researchers can now study this strain of P. distasonis they named CavFT-hAR46, owing to its origin in the cavernous fistulous tract microlesions. Previous groups have published genome sequences for the same species, but used samples collected from feces. Fecal samples may not contain the same P. distasonis strains that could be causing troublesome Crohn’s complications in the bowel.

“We have identified other strains of bacteria that could be specifically adapted to live inside Crohn’s gut lesions,” said Rodriguez-Palacios. Rodriguez-Palacios, who collaborated with researchers from University Hospitals Cleveland Medical Center, Cleveland Clinic and Los Alamos National Laboratory for the sequencing effort.

“Although the complete genome is now available, and we can identify particular features that could explain how this bacterium survives in these cavernous lesions, and how it manages to avoid the immune system in the gut, there is still more to do to precisely identify which features are truly amenable for therapeutic interventions to help patients,” Rodriguez-Palacios said.

Already, the newly published genome contains some clues into what may make P. distasonis survive in the lesions. With over 4,000 genes, the genome is large and complex compared to other bacteria. Of special interest to doctors, the bacterium contains numerous genes that confer resistance to commonly used antibiotics—including some of the antibiotics used to treat Crohn’s patients.

Said Rodriguez-Palacios, “Nobody knows exactly why Crohn’s disease recurs. The presence of a wide repertoire of antibiotic resistance genes inside those lesions is medically relevant because that could explain, in part, why antibiotics are commonly ineffective in this disease.”

Rodriguez-Palacios and colleagues are currently analyzing the genetic data for novel bacterial mechanisms that could inspire new treatment options. The work could reveal new ways to help clear bacteria from the gut wall and avoid Crohn’s lesions. The fully annotated P. distasonis genome sequence described in the new report is also publicly available online for other researchers.