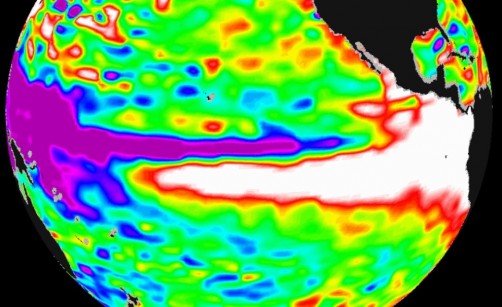 In the past few months, extreme weather events have caused significant damage to communities throughout the United States. From flooding in the Mississippi River region to the tornadoes tearing through the Midwest to a delay of the North American monsoon, it seems that aberrant and often dangerous weather is on the rise.

The disquieting torrent of terrible weather can be attributed in part to the 2019 return of El Niño, an anomalous climate event occurring every few years that leads to dramatic shifts in global weather patterns, according to climatologists.

Allan J. Clarke, Florida State University’s Adrian E. Gill Distinguished Professor of Oceanography, has spent decades advancing scientific understanding of El Niño and ways to more effectively predict its onset. Below, Clarke discusses the cascade of climatological factors that generate an El Niño, the global effects of the event and new research that may help scientists predict future El Niño emergence faster than ever before.

Can you explain what El Niño is and why it occurs more irregularly than other climate events that can be reliably linked to seasons or other predictable cycles?

An El Niño typically begins in April, grows until about November, and then typically ends in March. It involves unusual westerly (i.e., eastward) equatorial winds that push the eastern edge of the huge, rainy western Pacific warm pool about 2,000 miles eastward. Conversely, during a La Niña, anomalously westward winds blow and the equatorial Pacific warm pool shifts westward. These eastward and westward shifts of the equatorial warm pool and associated atmospheric heating affect the atmospheric circulation and climate over most of the globe.

To what extent do people around the globe feel the effects of El Niño in their everyday lives?

Among other things, during an El Niño there is typically drought in Australia, Indonesia and the western tropical Pacific. There’s heavy rainfall in the central Pacific, a warmer tropical and global atmosphere, a suppression of Atlantic hurricanes, colder and wetter winters for the southern U.S. Gulf states, and a decline in fish populations, especially along the western coasts of the Americas, including the California Current.

What role might El Niño be playing in the spate of extreme weather events we’ve witnessed in the past few months?

These kind of extreme climatic effects are more likely during an El Niño.

In a paper you and your colleague Xiaolin Zhang published in February, you discuss the physics behind the use of warm water volume as a predictor of El Niño. Can you outline what you discovered about that relationship?

An El Niño, or La Niña, typically grows from about April to November, so by July we can be fairly certain whether there will be an El Niño or La Niña later that year and into the beginning of the next. But the great challenge is to predict the next El Niño or La Niña before it really gets going, i.e., predict it before it even starts.

In a nutshell, Xiaolin and I think we have discovered the physics of why the total volume of equatorial Pacific water warmer than 20 degrees Celsius can be used to predict El Niño and La Niña. It turns out that the anomalous equatorial warm water volume is closely connected to the acceleration of the equatorial water being moved east and west, and hence to the prediction of El Niño, a La Niña or neutral conditions. Our analysis shows that, given the routinely monitored equatorial warm water volume, we will be able to predict an El Niño or La Niña much earlier than July. In some cases, we should be able to predict El Niño/La Niña not only next year but also the year after next.

Going forward, how might improvements in our ability to predict and prepare for El Niño help us to manage its weather effects?

When, for example, it is highly likely there will be a big El Niño in, say, January, the Pacific Northwest and the northern Midwest states are likely to have a warmer winter and the southern Gulf states a colder winter. Energy needs can be adjusted accordingly, and large savings in energy costs can be made.