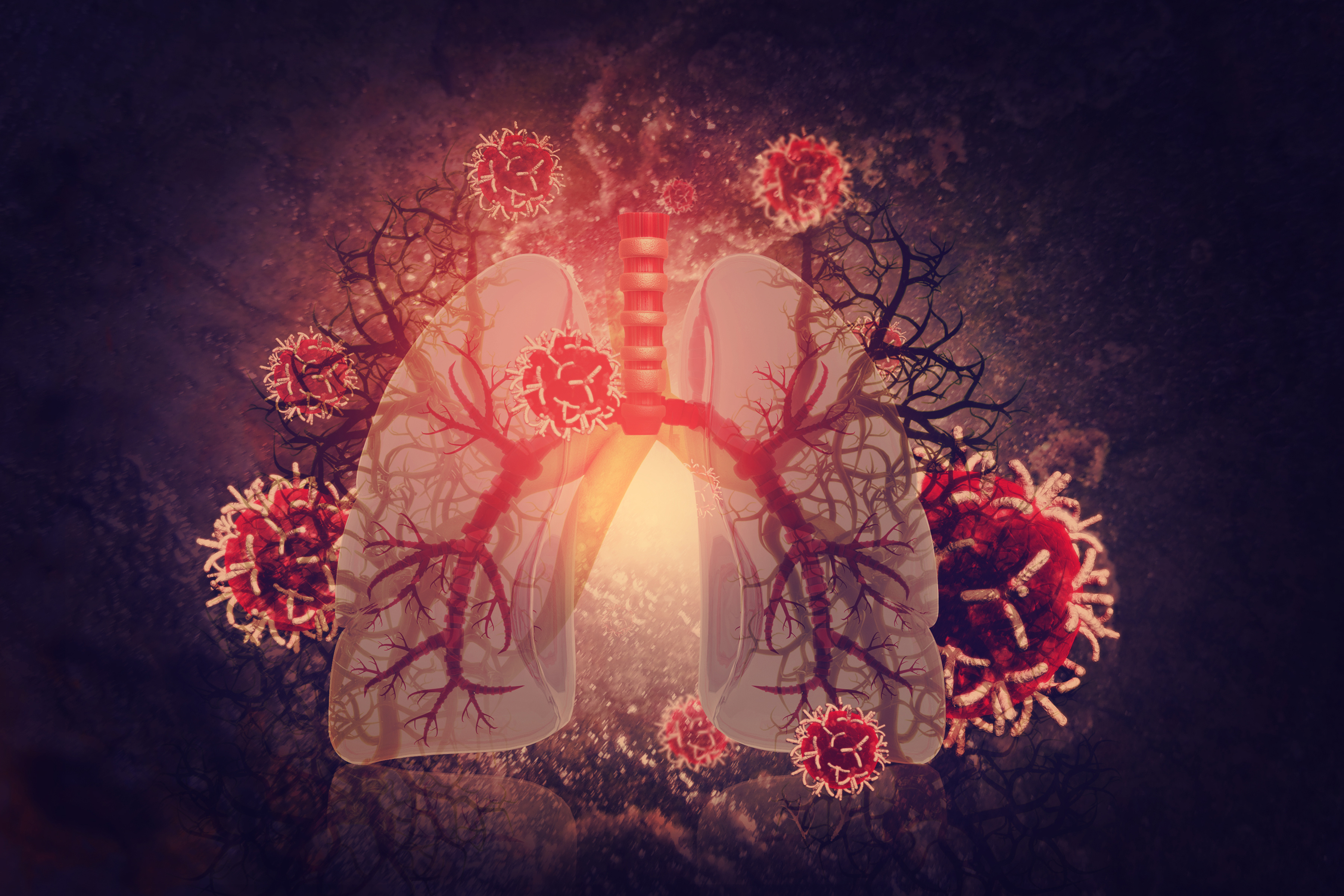 New Brunswick, N.J., November 23, 2020 – The field of lung cancer research is rapidly advancing. Lung cancer, according to the American Cancer Society, is the leading cause of cancer death among both men and women in the United States. As the state’s only National Cancer Institute-designated Comprehensive Cancer Center, Rutgers Cancer Institute of New Jersey, together with RWJBarnabas Health, has the tools and experts to provide exceptional care and conduct cutting-edge research to advance our understanding of lung cancer and pave the way for new therapies. John Langenfeld, MD, co-director of the Lung Cancer and Thoracic Program at Rutgers Cancer Institute of New Jersey and chief of the Division of Thoracic Surgery at Rutgers Robert Wood Johnson Medical School, shares more on his research, which focuses on bone morphogenetic proteins (BMPs):

The Latest from the Lab

Bone morphogenetic proteins are growth factors originally discovered as regulators in bone formation. My laboratory discovered that the bone morphogenetic protein (BMP) signaling pathway is unusually expressed in cancer and has a growth-promoting role. We discovered that a specific BMP receptor, BMP2, which is a protein expressed in embryos, has unique properties in cancer. When this protein is blocked, the growth of cancer cells decreases. Together with a group of collaborators, we are currently developing small molecules to target this specific BMP receptor. Thus far, we have developed potent inhibitors of this BMP receptor that leads to the suppression of several important genes known to promote the growth of cancer cells.

Recent studies suggest a role of deviant BMP signaling in promoting other age-related diseases including Alzheimer’s disease. We are also working to develop BMP inhibitors that can enter into the brain. Studies in mice suggest that blocking BMP in the brain enhances the development of new neurons, enhancing cognition. We have developed a new generation of BMP inhibitors that enter the brain and will be studied in a rapidly aging mouse model of Alzheimer’s disease.

Hopes for the Future

The team of scientists consists of biologists, medicinal chemists, synthetic chemists, computational biologists, neuroscientists, neuropathologists and X-ray crystallographers. This team of experts is uniquely qualified to bring this research into the clinic in the near future.  Our goal is to develop a BMP inhibitor as a drug and examine its potential as therapy for lung and other cancers.

This work is supported in part by funding from the National Cancer Institute (R01CA225830 RO1CA225830-03S2 and R01CA225830-02S1) and a HealthAdvance grant from the Office of Rutgers Research Commercialization and National Institutes of Health REACH Program.