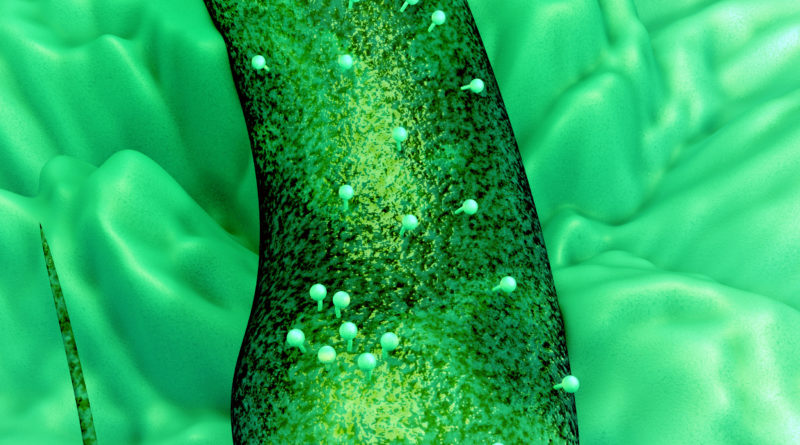 A new liquid-cell technology allows scientists to see biological materials and systems in three dimensions under an electron microscope (EM), according to researchers at Penn State, Virginia Tech and Protochips Inc.

“With this technology that we developed in collaboration with Protochips, scientists could analyze host-pathogen interactions, see a virus being introduced into a cell and watch molecular mechanisms take place in real time,” says Deb Kelly, professor of biomedical engineering. “The work represents the world’s first nanoscale CAT scan in a liquid environment.”

In a cover article appearing today in the journal Nano Letters, Kelly and colleagues report new insights into bacteriophage and host bacterium interactions that could in the future lead to methods to kill antibiotic resistant bacteria. Their images revealed structural features of the bacteriophage that were previously not well understood.

The field of liquid-cell EM has grown rapidly in recent years, but until now it has been limited to 2D. In tomography, slices of a sample are imaged as the sample is tilted. Then, the images are stacked into 3D using computer software.

“We use a copper grid that is coated with a carbon layer and cover that with a silicon nitride chip,” says lead author William Dearnaley, who is the technical director in Kelly’s Center for Structural Oncology. “There is a window in the chip and we pipette the liquid sample in between the two layers.”

This chip design fits into any type of microscope holder, so it can be universally adapted for any type of material. The researchers expect the technique will be widely adopted in both life sciences and in materials science, for instance in battery research or to look at defects causing building materials to fail.