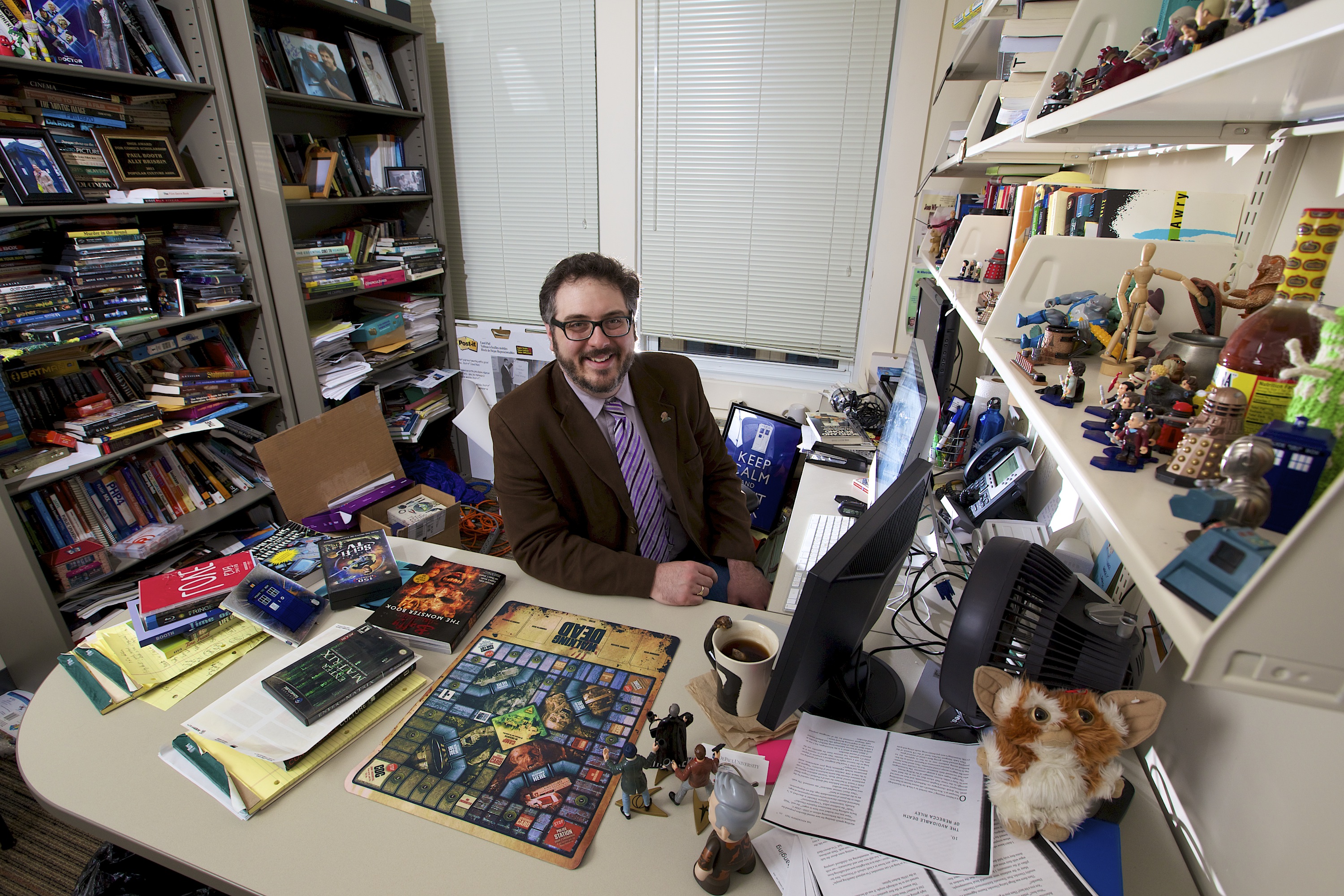 CHICAGO — With many people remaining in physical isolation due to the coronavirus, some are turning to old hobbies and even older TV shows to stay engaged socially.

“This pandemic has been hard on everyone, and a lot of people have suffered. But I have been encouraged by how many people have reconnected with the hobbies they used to love and have found things that engage them in ways that makes them feel better,” said Paul Booth, a professor of media and cinema studies in DePaul University’s College of Communication. “I think that’s an important part of life, and of being human.”

In this Q&A, Booth discusses the ways people have been virtually engaging with each other while practicing social distancing, the central role fandoms have played in people’s engagement, and why people are rewatching their favorite classic movies and TV shows.

Q: What are some of the ways in which people are using technology and entertainment to stay engaged, and what role, if any, does fandom play into this?
A: I’ve seen a lot of different ways that people have been using entertainment to stay engaged. Playing board games online or playing online video games, like Jackbox games, have been two big trends.

Talking about fandoms, specifically, one cool thing I’ve seen has been a rise in live tweet sessions, and group viewings of movies or TV shows. Fans are not only live tweeting, but media creators are creating new content to live tweet along with it. It’s been these fan groups that have come together in a lot of ways to show a community sense or a feeling of community through this whole thing. I’ve seen this happen across several fandoms, including fandoms for “Doctor Who,” “Hannibal,” “Twin Peaks” and “Star Trek.” It all happened around the same time that we all became stuck inside but realized we could press play at the same time on our individual devices and tweet along.

I also find it interesting how media creators and distribution companies have gotten involved. Since “Doctor Who” is my big fandom, I participated in an event where Amazon made the episode free for the day. In some ways that helped people participate if they didn’t already own the episode or didn’t want to pay.

Q: The fandoms you mentioned are classic favorites, so why do you think people are returning to classic TV shows and movies?
A: I think that whenever people feel stressed, or so much new is happening, that returning to classic favorites is a comfort in some ways. I think the choice of which episode to live stream is also a good indication of well-loved episodes that people have seen hundreds of times but are now seeing them in a new way. The classics brings a sense of normality to what is a very abnormal kind of situation, especially for those people that are socially isolated. It’s a way to form a kind of community through all of this because fandoms are often very tight knit and socially important communities for people.