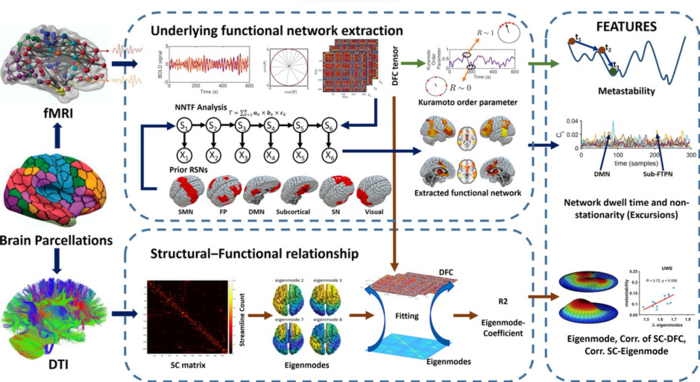 A study by the Human Brain Project (HBP), led by scientists from the University of Liège (Belgium), has explored new techniques that may help distinguish between two different neurological conditions in patients with severe brain damage and or in a coma. The results of this study have just been published in open access in the journal eLife.

One of the greatest challenges in the field of neurology and critical care medicine is to correctly diagnose the level of consciousness of a patient in a coma due to a severe brain injury. Scientists at the Human Brain Project (HBP) – an international project involving more than 500 researchers that aims to gain a deeper understanding of the complex structure and function of the human brain through a unique interdisciplinary approach at the interface of neuroscience and technology – have been exploring new techniques that could help distinguish between two different neurological conditions.

The results of this new study, just published in the journal eLife, reveal important information about the mechanisms of consciousness disorders. The team of researchers from the University of Liège (GIGA Consciousness Research Unit, Coma Science Group, Faculty of Medicine) and the University Hospital of Liège (Belgium), the Universitat Pompeu Fabra (Spain), the Vrije Universiteit Amsterdam (Netherlands), among others, assessed the states of functional brain networks as a marker of consciousness in order to potentially distinguish between patients in unresponsive wakefulness syndromes (UWS) and the state of minimal consciousness (MCS).

“Previously known as the ‘vegetative state’, unresponsive arousal syndrome is the state of a patient who wakes up from coma, i.e. opens his or her eyes, but does not respond to the environment and verbal commands, showing only reflex movements,” explains Rajanikant Panda, first author of the paper and researcher at the GIGA Consciousness and Coma Science Group at ULiège. “In contrast, patients in a minimally conscious state show minimal signs of awareness such as following movements with their eyes or moving a finger when asked.” The differentiation of these states is essential for proper diagnosis, prognosis and rehabilitation treatment and is linked to important quality of life and even end-of-life decisions.

The study included 34 healthy controls, 30 minimally conscious patients and 14 unresponsive awake patients. These patients were sent from all over Europe to the Coma Science Group – led by neurologist Steven Laureys – and the University Hospital of Liege for a second opinion. Data sharing and analysis benefited from the EBRAINS infrastructure of the HBP and the collaboration of the study teams led by Jitka Annen (Coma Science Group/ ULiège Faculty of Medicine) and Prejaas Tewarie (Vrije Universiteit Amsterdam).

We used state-of-the-art techniques to assess different aspects of brain structure and its relationship to network dynamics,” says Jitka Annen, “and demonstrated that these techniques were sensitive in detecting clinically relevant differences in the diagnosis of patients with the minimally conscious state and unresponsive wakefulness syndrome”.

Specifically, the researchers used functional magnetic resonance imaging (fMRI) data to analyse dynamic functional connectivity, or how brain regions interact with each other, between neuronal populations and its association with structural white matter connections.

These findings support previous ideas about the mechanisms underlying the loss and recovery of consciousness, such as the global neural workspace theory and the mesocircuit hypothesis, which suggest that the failure to recover consciousness is related to a loss of connectivity between subcortical and frontoparietal brain areas, as well as a loss of the range of functional network states.

“The study, funded in part by the HBP, the Belgian National Fund for Scientific Research (FNRS) and the Generet Prize of the King Baudouin Foundation, is a good example of how current theories of consciousness are challenged by real clinical neuroimaging data and how the knowledge generated translates into better patient care after severe brain injury,” concludes Jitka Annen, senior co-author of the paper and scientist at the GIGA Consciousness research unit.