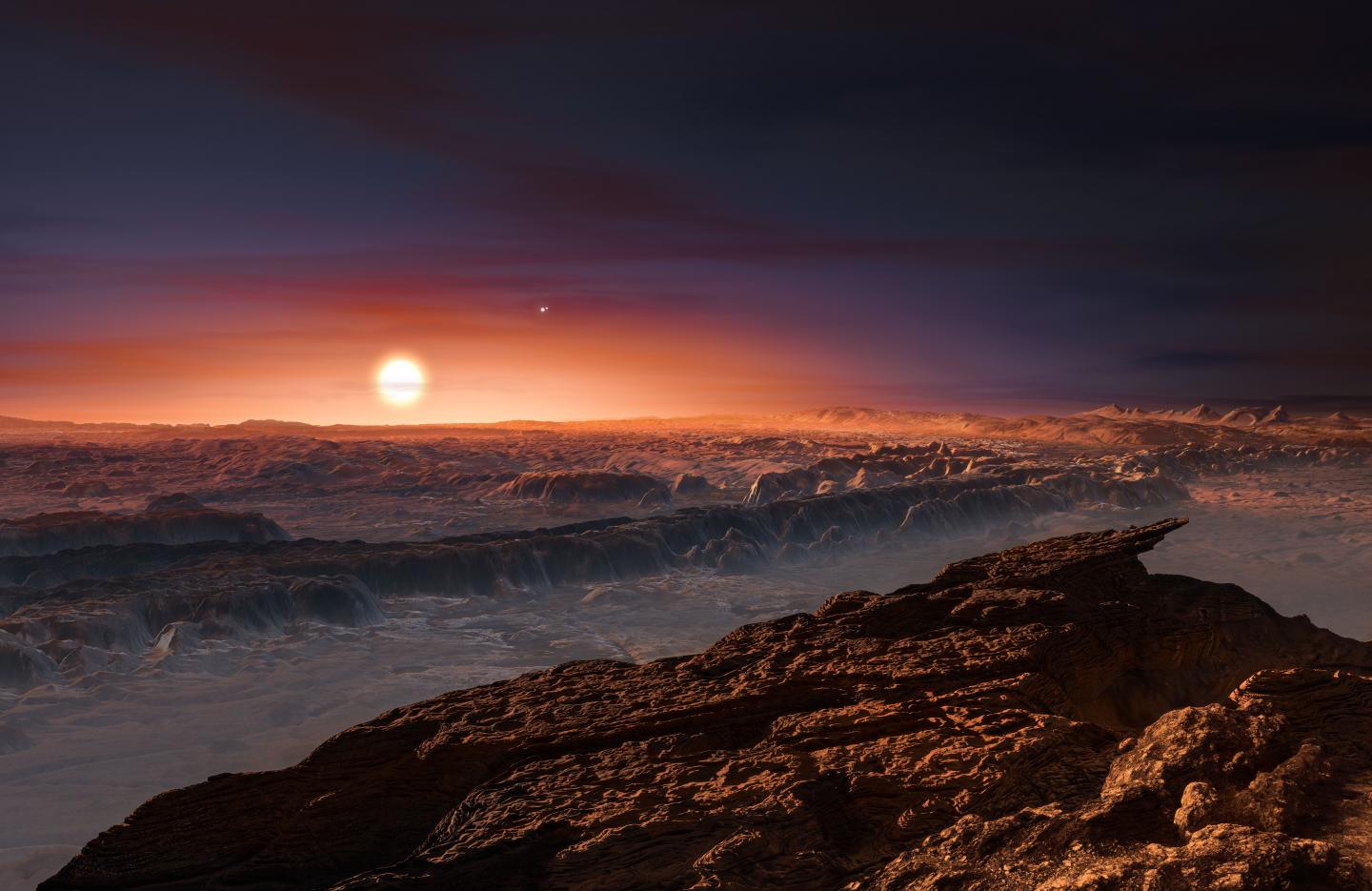 The existence of a planet the size of Earth around the closest star in the solar system, Proxima Centauri, has been confirmed by an international team of scientists including researchers from the University of Geneva (UNIGE). The results, which you can read all about in the journal Astronomy & Astrophysics, reveal that the planet in question, Proxima b, has a mass of 1.17 earth masses and is located in the habitable zone of its star, which it orbits in 11.2 days. This breakthrough has been possible thanks to radial velocity measurements of unprecedented precision using ESPRESSO, the Swiss-manufactured spectrograph – the most accurate currently in operation – which is installed on the Very Large Telescope in Chile. Proxima b was first detected four years ago by means of an older spectrograph, HARPS – also developed by the Geneva-based team – which measured a low disturbance in the star’s speed, suggesting the presence of a companion.

The ESPRESSO spectrograph has performed radial velocity measurements on the star Proxima Centauri, which is only 4.2 light-years from the Sun, with an accuracy of 30 centimetres a second (cm/s) or about three times more precise than that obtained with HARPS, the same type of instrument but from the previous generation.

“We were already very happy with the performance of HARPS, which has been responsible for discovering hundreds of exoplanets over the last 17 years”, begins Francesco Pepe, a professor in the Astronomy Department in UNIGE’s Faculty of Science and the man in charge of ESPRESSO. “We’re really pleased that ESPRESSO can produce even better measurements, and it’s gratifying and just reward for the teamwork lasting nearly 10 years.”

Alejandro Suarez Mascareño, the article’s main author, adds: “Confirming the existence of Proxima b was an important task, and it’s one of the most interesting planets known in the solar neighbourhood.”

The measurements performed by ESPRESSO have clarified that the minimum mass of Proxima b is 1.17 earth masses (the previous estimate was 1.3) and that it orbits around its star in only 11.2 days.

“ESPRESSO has made it possible to measure the mass of the planet with a precision of over one-tenth of the mass of Earth”, says Michel Mayor, winner of the Nobel Prize for Physics in 2019, honorary professor in the Faculty of Science and the ‘architect’ of all ESPRESSO-type instruments. “It’s completely unheard of.”

And what about life in all this?

Although Proxima b is about 20 times closer to its star than the Earth is to the Sun, it receives comparable energy, so that its surface temperature could mean that water (if there is any) is in liquid form in places and might, therefore, harbour life.

Having said that, although Proxima b is an ideal candidate for biomarker research, there is still a long way to go before we can suggest that life has been able to develop on its surface. In fact, the Proxima star is an active red dwarf that bombards its planet with X rays, receiving about 400 times more than the Earth.

“Is there an atmosphere that protects the planet from these deadly rays?” asks Christophe Lovis, a researcher in UNIGE’s Astronomy Department and responsible for ESPRESSO’s scientific performance and data processing. “And if this atmosphere exists, does it contain the chemical elements that promote the development of life (oxygen, for example)? How long have these favourable conditions existed? We’re going to tackle all these questions, especially with the help of future instruments like the RISTRETTO spectrometer, which we’re going to build specially to detect the light emitted by Proxima b, and HIRES, which will be installed on the future ELT 39 m giant telescope that the European Southern Observatory (ESO) is building in Chile.”

Surprise: is there a second planet?

In the meantime, the precision of the measurements made by ESPRESSO could result in another surprise. The team has found evidence of a second signal in the data, without being able to establish the definitive cause behind it. “If the signal was planetary in origin, this potential other planet accompanying Proxima b would have a mass less than one third of the mass of the Earth. It would then be the smallest planet ever measured using the radial velocity method”, adds Professor Pepe.

It should be noted that ESPRESSO, which became operational in 2017, is in its infancy and these initial results are already opening up undreamt of opportunities. The road has been travelled at breakneck pace since the first extrasolar planet was discovered by Michel Mayor and Didier Queloz, both from UNIGE’s Astronomy Department. In 1995, the 51Peg b gas giant planet was detected using the ELODIE spectrograph with an accuracy of 10 meters per second (m/s). Today ESPRESSO, with its 30 cm/s (and soon 10 after the latest adjustments) will perhaps make it possible to explore worlds that remind us of the Earth.