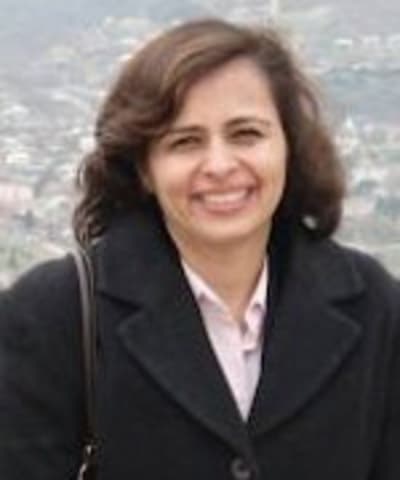 Worldwide, more than 50 million people are living with epilepsy. Treatment can cost as little as US$5 a year and eliminates seizures in about two-thirds of people. However, because of gaps in diagnosis and treatment in low-resource countries, about 75% of people with epilepsy are not receiving the care they need. Epilepsy leads to death in as many as 1 in 5 people not receiving treatment.

These findings and many others are published in Epilepsy: A public health imperative, a report produced by WHO, ILAE and IBE and released June 24 at the 33rd International Epilepsy Congress in Bangkok. The report identifies the main actions necessary to reduce gaps in epilepsy knowledge, care and research.

The full report is 171 pages. A report summary also is available in Arabic, Chinese, English, French, Russian and Spanish.

“The treatment gap for epilepsy is unacceptably high,” said Tarun Dua, from WHO’s Department of Mental Health and Substance Abuse. Dua spoke at the special session in Bangkok, along with Svetlana Akselrod and Devora Kestel of WHO; Samuel Wiebe and Alla Guekht of ILAE, and Martin Brodie and Mary Secco of IBE.

“We know how to reduce the epilepsy treatment gap. Now we must accelerate action to introduce the measures needed to make a difference,” said Wiebe.

Mortality and other health conditions

Epilepsy is much more than just seizures. About half of adults have at least one other health condition. Depression is the most common, occurring in about 23% at some point in their lifetime. Significant anxiety occurs in 20%. Among children with epilepsy, 40% have learning difficulties or developmental delays. These conditions also reduce the quality of life and economic wellbeing, and are commonly not addressed by health care providers.

People with epilepsy have three times the risk of premature death, compared with the general population; among untreated patients, mortality from epilepsy can be as high as 20%. Causes include seizure-related accidents (drowning, burns) as well as SUDEP (sudden unexplained death due to epilepsy). Those with epilepsy also are at an increased risk for suicide.

Discrimination and human rights violations make it more difficult for people with epilepsy to get an education and hold a job which results in a lower quality of life and an increased risk of poverty.

A study of teachers in 27 countries found widespread negative attitudes and prejudice against children with epilepsy. Higher education can pose multiple challenges for people with epilepsy and universities do not provide the necessary support and services that some students may need. In the United States, the 1990 Americans with Disabilities Act was intended to protect people with epilepsy from discrimination, but many anecdotal reports suggest that protection is not always the case.

Many employers will not hire someone with epilepsy or will terminate their employment once the condition is discovered. For that reason, many people with epilepsy have to work in jobs that may pose physical risks for anyone with epilepsy. Worldwide, about 60% of jobs are in areas such as farming or sole-proprietor businesses; besides the physical risks, these jobs do not allow for paid sick leave, or time off to visit health care providers.

Marriage can be difficult for people with epilepsy; in many countries, a significant proportion of families would object to their child’s marrying someone who had epilepsy. In cultures with arranged marriages, families of women with epilepsy often hide the condition from the other family. Women with epilepsy, particularly those whose seizures started in childhood, are less likely to get married than other women.

In all of these areas, education—within families as well as in schools, communities, and the health care sector itself—can help reduce prejudice and improve the lives of people with epilepsy.

Worldwide, about 25% of epilepsy occurs after a brain injury, such as trauma, infection or stroke. For example, as many as 1 million people a year develop stroke-induced epilepsy. Preventing these cases of acquired epilepsy requires a multifaceted public health approach, involving better prenatal health, immunizations, safety policies (such as helmet use for motorbike riders) and infection control.

“There is a great synergy to epilepsy,” noted Guekht, ILAE’s vice president. “Epilepsy covers the areas of non-communicable diseases as well as neurological disease, access to medications, universal health coverage and mental health. It’s related to so many other conditions – stroke and traumatic brain injury are just two examples. Because of this, it requires a comprehensive response to care.”

Despite the long reach of epilepsy into so many other areas of health care, research funding is lagging, noted Guekht. “Compared with many other conditions, epilepsy receives very little funding in proportion to what the disease costs society.”

In the 2018 NIH budget, less than 0.09% was allocated to epilepsy, representing about $47 for each person with epilepsy in the United States. Other, related conditions receive relatively more research support. For example, Parkinson’s disease funding makes up about 0.65% of the 2018 NIH budget, representing about $354 for each person affected by the condition.

WHO, ILAE and IBE started the Global Campaign Against Epilepsy (GCAE) in 1997 to raise public awareness and promote epilepsy education, training, treatment, research and prevention. In its 22-year history, the GCAE has:

The 2019 report was created through review of the literature and ILAE/IBE survey results from 112 countries. More than 50 experts gave feedback on the drafts.

“Everything we need is in this report,” said Secco. “This report says that epilepsy is a big deal; that it’s a burden, that it’s a devastating global health concern. We now have a guidance document that we can take to policy makers.”