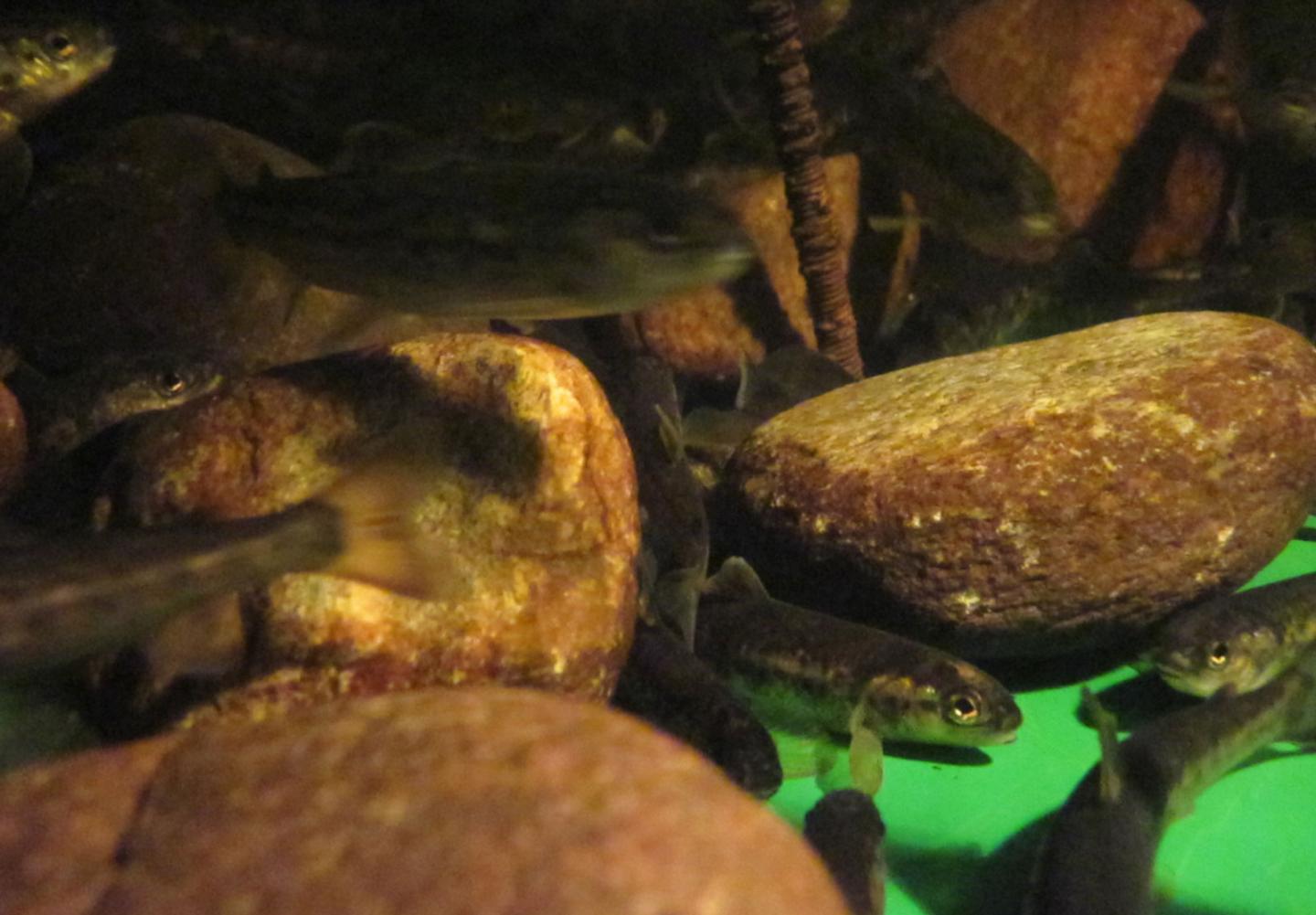 Cooperative study conducted by University of Jyväskylä and Natural Resources institute Finland (Luke), revealed that enriched rearing of juvenile fish significantly enhances the survival of fish from bacterial infection commonly seen in rearing conditions. That may also improve the post release survival of the fish after stocking into the wild. The study has been published in

Importance of aquaculture is increasing worldwide. Along with food production, rearing of endangered fish populations for supportive stocking has become important. In such actions, it is important that the behavior and survival of introduced fish resembles to that of their natural conspecifics.

Traditional stimulus poor rearing environment offers favorable conditions for spread of parasites and diseases, which can significantly reduce the pre- and post-release survival of aquaculture fish. For enhancing the quality of stocked fish, enriched rearing method has been developed in Kainuu Fisheries Research Station of Luke in Paltamo. In this method, structures are added to rearing tanks to increase habitat complexity and resemblance to natural conditions. Earlier, enriched rearing has also been shown to enhance survival of fish during disease epidemics in rearing conditions, but the underlying mechanisms have remained unclear.

New results about the effects of enriched rearing have now been achieved from collaborate study of University of Jyväskylä and Luke. The study showed that enriched rearing enhanced the survival of Atlantic salmon (Salmo salar) and sea migrating brown trout (Salmo trutta) exposed to a common pathogenic fish bacterium, the Flavobacterium.

“Adding enrichments to rearing tanks significantly improved the survival of fish during natural disease outburst. However, there were minor differences between fish species and populations”, says PhD student Ville Räihä from University of Jyväskylä.

Benefits of enriched tank can be seen quickly

The beneficial effects of enrichments can be seen very quickly in just few days. One proposed reason may be e.g. the better stress tolerance levels of fish in enriched environment, but this has not been studied yet, Ville Räihä evaluates.

For experimental infection, fish were raised in enriched or standard conditions for six months, after which they were exposed to Flavobacterium in both of these environments.

“The controlled exposure revealed that fish exposed to the disease in enriched environment had higher survival regardless of the rearing background in standard or enriched conditions. This emphasizes the importance of the environment of exposure for severity of the disease”, Ville Räihä tells.

The results of the study may advance e.g. the development of natural disease prevention methods in aquaculture.

The study was conducted at Kainuu Fisheries Research Station of Luke in Paltamo in 2017. The study was supported by the Academy of Finland, the Finnish Centre of Excellence Program of the Academy of Finland, the CoE in Biological Interactions 2012-2017, the Jane and Aatos Erkko Foundation, European Maritime and Fisheries Fund, and the Doctoral School of University of Jyväskylä.

The study has been published in