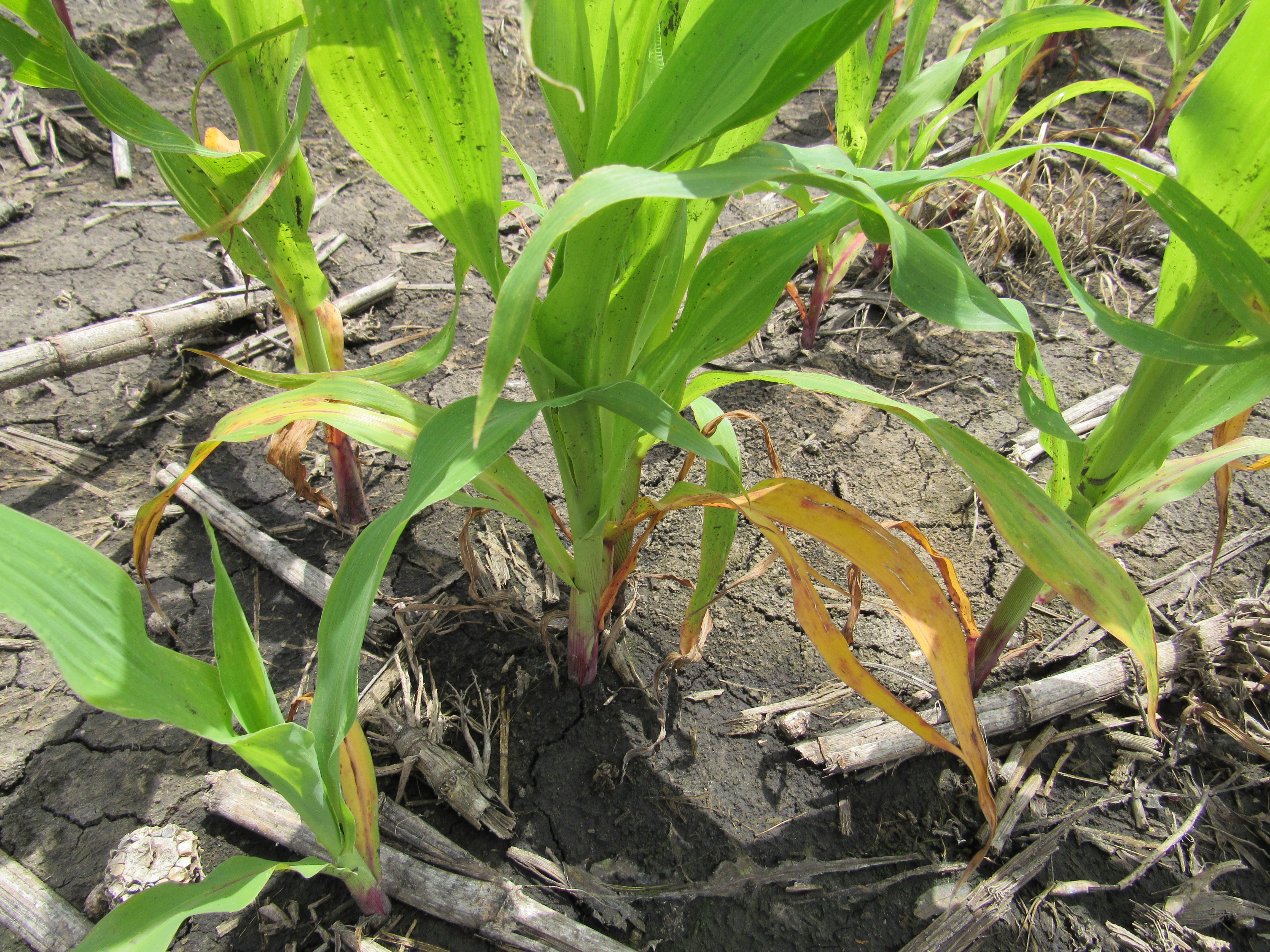 The crop may look fine above ground, but as many as eight species of a common soil fungus may be infecting the roots—and compromising yields, according to South Dakota State University plant disease experts.

Research associate Paul Okello of the Department of Agronomy, Horticulture and Plant Science identified eight Fusarium species that cause root rot in South Dakota cornfields as part of his doctoral research. Furthermore, seven Fusarium species isolated from corn also cause disease in soybeans.

This is the first time South Dakota researchers have identified the pathogens causing root rot of corn in the state, according to Field Crops Pathologist Febina Mathew, an assistant professor in the Department of Agronomy, Horticulture and Plant Science. “The number of species can vary from region to region, but eight species have been identified in South Dakota,” Okello said.

Fusarium species have a broad host range, which includes soybean, sunflowers and small grains, such as wheat, consequently the pathogen can affect crops that are commonly rotated with corn,” said Mathew, who was Okello’s research adviser. “Our research on Fusarium root rot of corn will help us work with breeders to develop resistant varieties and with chemical companies to test the efficacy of seed treatments that target these specific pathogens.”

The May 2019 issue of Plant Health Progress, a journal published by the American Phytopathological Society, featured two articles on the research. The article identifying the Fusarium species causing corn root rot received the Editor’s Pick Award. Okello was first author on both papers.

While identifying species of Fusarium causing root rot of soybean in 2014, Okello noticed previous crops in some of the fields were corn or wheat. That piqued his interest in finding out which Fusarium species affected corn.

In 2015, SDSU researchers collected discolored roots from 50 cornfields across a 24-county area in eastern South Dakota, which produces 50 percent of the state’s corn.

Estimated yield losses due to corn root rot, seedling blight and plant-parasitic nematodes during the last six years varied from average of 225,000 bushels per year beginning in 2012 to approximately 75,000 bushels in 2017 and 2018 in South Dakota, according to surveys conducted by the Corn Disease Working Group. A greater awareness of the disease, unfavorable environmental conditions and changes in management strategies may have helped reduce losses recently, Mathew explained.

“Fusarium is always in the soil, but environment plays a big role in disease development,” Okello said. Cool, wet soil conditions favor disease development. “This year, we are seeing the disease because many of the fields are excessively wet,” Mathew added.

Lisa Richardson, executive director of the South Dakota Corn Utilization Council and the South Dakota Corn Growers Association, said, “Though these losses are small relative to the nearly 800 million bushels of corn produced annually in the state, we are thankful that this research helps producers have an awareness and understanding of this fungus and how it moves and how they can address it should a significant outbreak occur.”

Okello isolated the eight species of Fusarium from the root specimens and then verified in the greenhouse that these pathogens caused root disease in corn. One of the species, Fusarium boothii, had never been reported as affecting corn in the United States. However, F. boothii was previously identified as causing disease on wheat in Nebraska.

Next, the researchers did a cross-pathogenicity study, putting the Fusarium isolates from corn on soybeans and the ones from soybeans on corn in the greenhouse. “We found that seven species of the South Dakota isolates from either soybean or corn cause disease in both crops,” Okello said. “This means if you are going to plant soybeans after corn or vice-versa, you are increasing the inoculum level of these soil pathogens, amplifying what’s already there.”

Though knowing what specific Fusarium species infect corn will help breeders screen germplasm, Mathew said, “the breeding process can be challenging because resistance to Fusarium is controlled by multiple genes.”