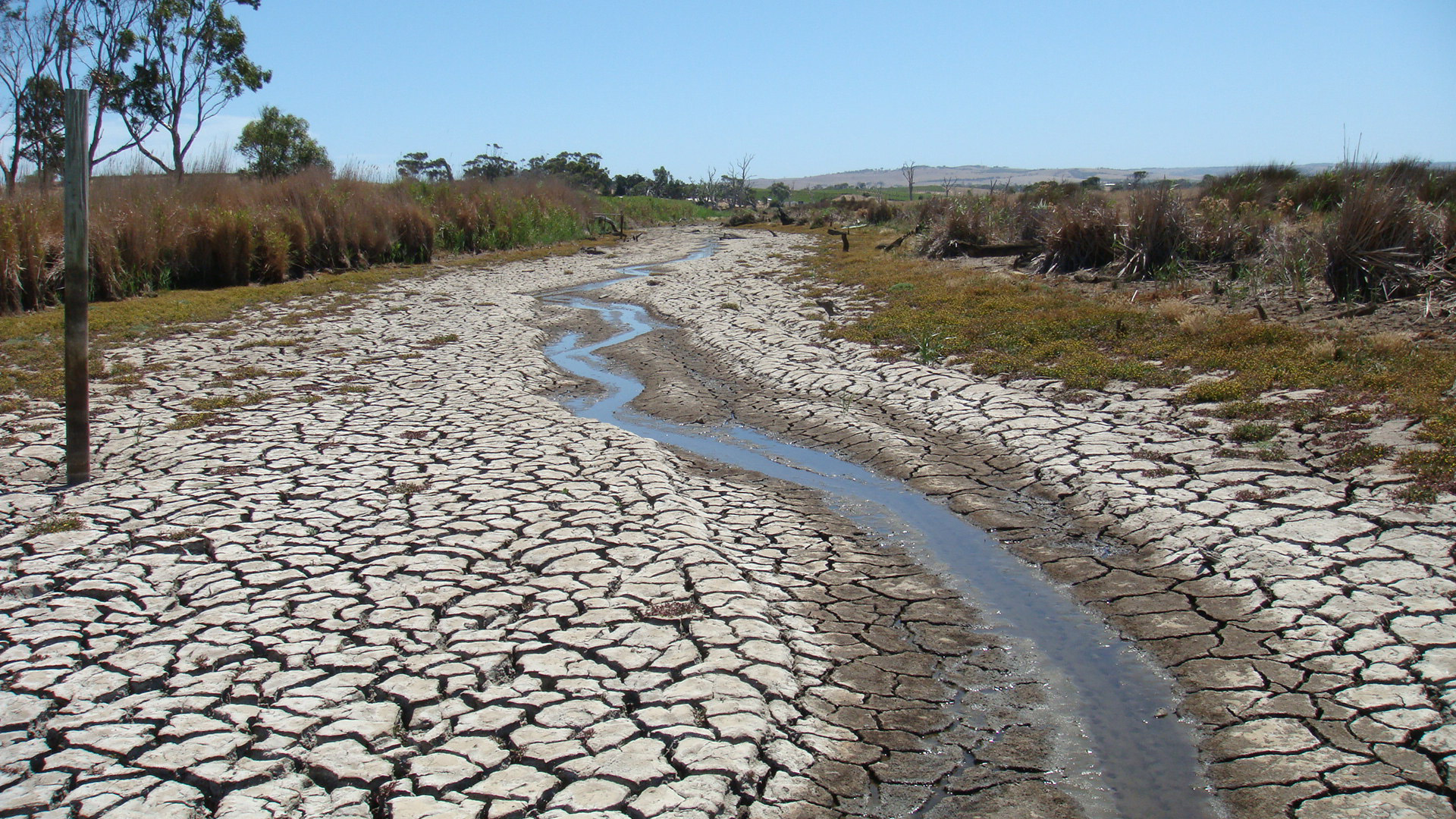 University of Adelaide scientists have shown how droughts are threatening the health of wetlands globally.

Published in the journal Earth-Science Reviews, the scientists highlight the many physical and chemical changes occurring during droughts that lead to severe, and sometimes irreversible, drying of wetland soils.

“Wetlands around the world are incredibly important for maintaining our planet’s biodiversity and they store vast amounts of carbon that can help fight climate change,” says project leader Associate Professor Luke Mosley, from the University’s Environment Institute and School of Biological Sciences.

“Globally, wetlands cover an area greater than 12.1 million square kilometres and deliver at least A$37.8 trillion (Int$27 trillion) in benefits per year, such as for flood mitigation, food production, water quality improvement and carbon storage.”

Wetlands can suffer “water droughts” both from the effects of a drier climate, and also when excessive water is extracted or diverted that would normally flow into them.

The review paper describes how drought often leads to severe cracking and compaction, acidification, loss of organic matter, and enhanced greenhouse gas (for example methane) emissions. In some cases droughts can lead to very long-term (>10 years) and irreversible soil changes, with major impacts on water quality when soils are rewet after the drought ends.

“We have seen many examples of how drought in the Murray-Darling Basin has caused major issues including acidification of soil and water due to acid sulfate soils exposure in wetlands. This review highlights substantial gaps in our global understanding of the effects of drought on wet soils and how they will respond to increasing drought,” says Associate Professor Mosley, who is also Deputy Director of the Acid Sulfate Soils Centre.

Effects can be different in different soil types and different regions of the world. The spatial distribution of drought studies shows there has been limited assessment in a large number of regions, including south and central America, Africa, the Middle East, Asia and Oceania. Many of these regions are predicted to be vulnerable to drought impacts due to climate change.

Lead author Dr Erinne Stirling, from Zhejiang University (China) and the University of Adelaide, says one of the most pressing findings from this review is that there are huge swaths of the world where there is no readily available published research on drought-affected wet soils.

And secondly, she says, there is effectively no applied research into water management outcomes for wetlands and wetland soils.

“At a global level, wet soils are highly vulnerable to the effects of climate change and need to be protected given the very high environmental and socio-economic values they support. It is our sincere hope that the information in this review contributes to protecting these valuable ecosystems,” says Dr Stirling.

Aspirin is linked with increased risk of heart failure