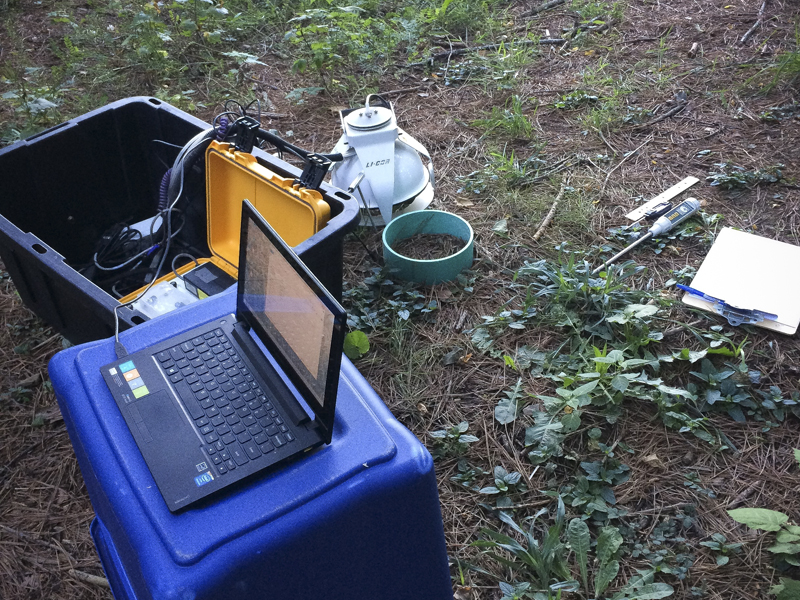 February 12, 2020 – Doctors often tell their patients to reduce their salt intake as part of a healthy lifestyle. When we start looking at food labels, we may find salt in surprising places – like baked goods, drinks and canned foods.

While you may try to keep an eye on your personal salt intake, you have probably never given much thought to how much salt there is in the soil under your feet. As many people are finding salt creeping into their diets, scientists are seeing increased levels of salt in water sources.

“There is a significant increase in salinity in freshwater systems, including water used for irrigation,” explains Meredith Steele. Steele is an Assistant Professor of Urban Ecosystems and Watershed Biogeochemistry at Virginia Tech.

Steele thought if there is salt in irrigation water, there might be a buildup of salt in soil. High levels of salt can damage soil microbes and plants. Most research on soil salinity has focused on these situations. Steele wondered if small amounts of salt could change the chemistry or biology of soils.

To determine if salt concentrations would change soil, Steele’s team started with soil that had no history of salt exposure. The researchers compared soil watered without salt to soils watered with slight concentrations of one salt. The salts included sodium chloride (table salt), potassium chloride, and calcium chloride. All of these salts are natural in our environment.

This research shows that farmers may need to monitor for salt in floodwaters, irrigation water, and even fertilizers. Steele says, “This has really not been on our radar, especially in the eastern United States.” In the eastern U.S., where there is more rain, there has been less concern about salt building up in the soil.

Carbon dioxide is a greenhouse gas that contributes to global warming. Understanding this relationship between soils and saltwater is important for scientists studying climate change.

Steele presented these results at the 2019 International Annual Meeting of the ASA, CSSA, and SSSA in San Antonio, Texas.  This research was supported by USDA Hatch Project #160060.