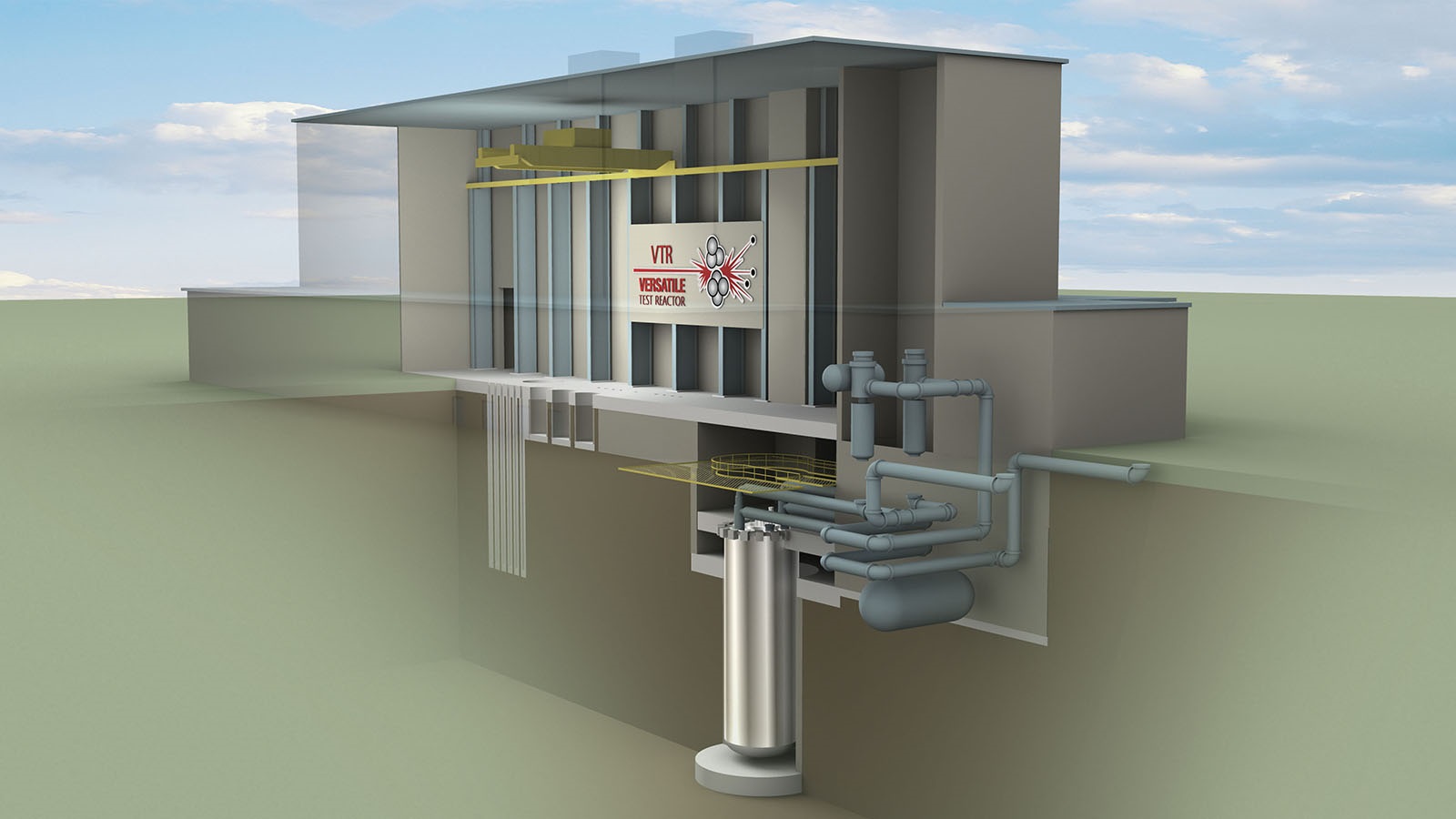 Versatile Test Reactor gets next approval from Department of Energy.

The U.S. Department of Energy (DOE) announced yesterday it has moved to the next major phase of its Versatile Test Reactor (VTR) project, a one-of-a-kind advanced nuclear facility for which DOE’s Argonne National Laboratory is playing a key role.

The VTR project supports research and development of innovative nuclear energy and other technologies. DOE’s approval of Critical Decision-1 (CD-1) is the second step in DOE’s formal review of the project. As part of CD-1, oversight committees reviewed the design, schedule and prospective costs for the VTR.

New advanced nuclear reactors have advantages that can address issues with the environment, fuel availability and used-fuel storage. Yet the U.S. lacks a fast neutron source to develop, test and qualify advanced fuels and materials that will support the next generation of advanced reactors as well as existing commercial reactors. Scientists are designing the VTR to fill that gap.

Argonne’s history of expertise in sodium-cooled fast reactor technology uniquely equips it to play a lead role in the design of the core of the VTR and the safety analysis, said Argonne’s Jordi Roglans, the VTR deputy project manager. ​“Argonne’s engineers are also contributing in many areas of the project, including reactor design, experiment design and fuel design.”

To minimize the project risk, researchers want to adapt existing designs to the new reactor. ​“We wanted to start with technology that had been demonstrated to the fullest extent possible so that we could minimize the development work required for the design and construction of the VTR,” Roglans said.

The conceptual design for the VTR is an adaptation of General Electric-Hitachi’s PRISM design, which was initially part of DOE’s Advanced Liquid Metal Reactor program. The PRISM design has been adapted to the VTR by removing the electricity production elements and adapting the core and primary system to facilitate the test mission.

Building a reactor like the VTR represents a challenge and opportunity for the DOE, according to Roglans. ​“The Department of Energy has not built a new test reactor in many years, and establishing the supply chain for the unique components of the VTR will be demanding, so efforts to ensure that we have the supply chain we need have started early,” Roglans said.

Roglans believes that the VTR has the potential to transform the nuclear industry in America. ​“The addition of the VTR to the U.S. nuclear research infrastructure will support leadership in nuclear energy research, safety and security, while also supporting U.S. industry partners as they commercialize new technologies,” he said.

The VTR project is led by Idaho National Laboratory but is substantially supported by five other DOE laboratories, multiple universities, and commercial companies.

The DOE will make a final decision on the design, technology selection and location for the VTR following the completion of the Environmental Impact Statement (EIS) and Record of Decision, which is expected in late 2021.