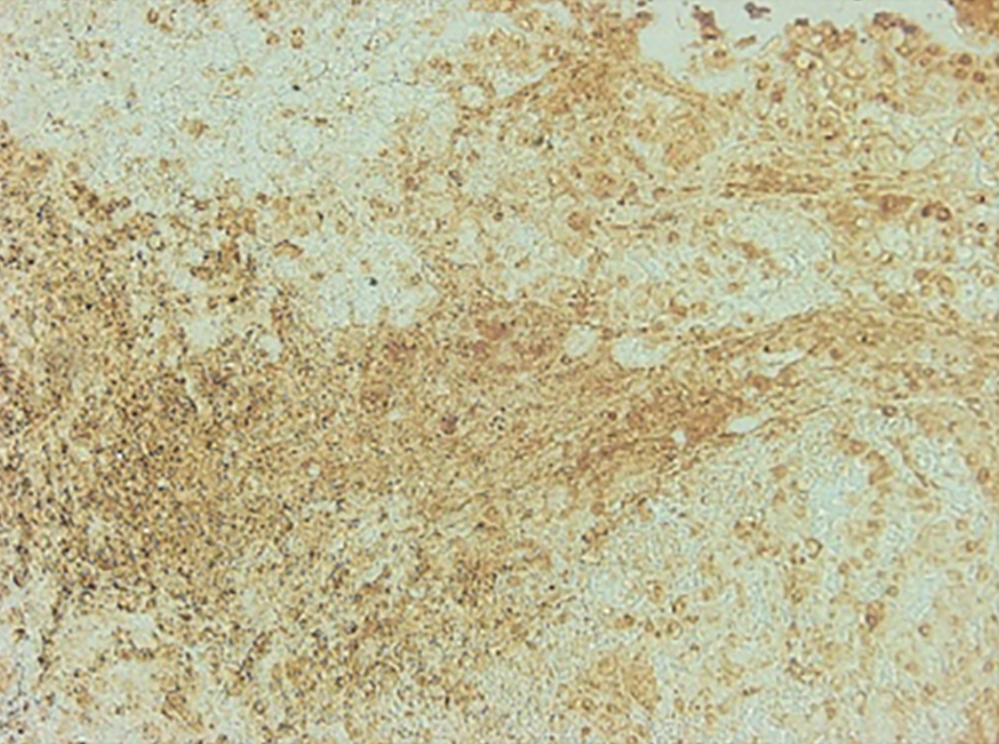 Researchers at Wake Forest School of Medicine have discovered that nicotine promotes the spread of lung cancer cells into the brain, where they can form deadly metastatic tumors. The study, which will be published June 4 in the Journal of Experimental Medicine (JEM), suggests that nicotine replacement therapies may not be suitable strategies for lung cancer patients attempting to quit smoking. In addition, the researchers show that the naturally occurring drug parthenolide blocks nicotine-induced brain metastasis in mice, suggesting a potential therapeutic option in humans.

Up to 40% of lung cancer patients develop brain metastasis, and the average survival time for these patients is less than six months. “There is an urgent need to understand the mechanisms that drive brain metastasis so that more effective therapies can be developed,” says Dr. Kounosuke Watabe, a professor of cancer biology at Wake Forest School of Medicine in Winston-Salem, NC.

Watabe and colleagues found that, in mice, the spread of lung cancer cells to the brain is driven by nicotine, a major component of tobacco smoke that isn’t, in and of itself, carcinogenic. “Many cancer patients find it difficult to quit smoking even after their diagnosis due to nicotine addiction,” Watabe says. “E-cigarette, nicotine patch, and nicotine gum are commonly used as nicotine replacement therapies to help these patients cease smoking. However, our results clearly show that nicotine has profound and long-term effects on brain metastasis progression, suggesting that cancer patients should be cautious in their use of nicotine for smoking cessation.”

The tumors in patients’ brains contained large numbers of M2 microglia, a type of immune cell that secretes several molecules capable of enhancing tumor growth. The researchers found that nicotine stimulates the formation of M2 microglia in mice. Removing microglia from mouse brains prevented nicotine from inducing brain metastasis and enhanced the survival of mice with lung cancer.

Watabe and colleagues then looked for drugs that might reverse the effects of nicotine and identified parthenolide, a compound present at high levels in the medicinal herb Feverfew (Tanacetum parthenium), which has been used for centuries to treat headaches and inflammation. Treating mice with parthenolide prevented nicotine from stimulating the formation of M2 microglia and inhibited the spread of lung cancer cells to the brain, thereby improving the animals’ survival.

“We therefore think that parthenolide could be useful for the prevention and treatment of brain metastasis, particularly for patients with past and current smoking history,” Watabe says.

About the Journal of Experimental Medicine The Journal of Experimental Medicine (JEM) features peer-reviewed research on immunology, cancer biology, stem cell biology, microbial pathogenesis, vascular biology, and neurobiology. All editorial decisions are made by research-active scientists in conjunction with in-house scientific editors. JEM makes all of its content free online no later than six months after publication. Established in 1896, JEM is published by Rockefeller University Press. For more information, visit jem.org.