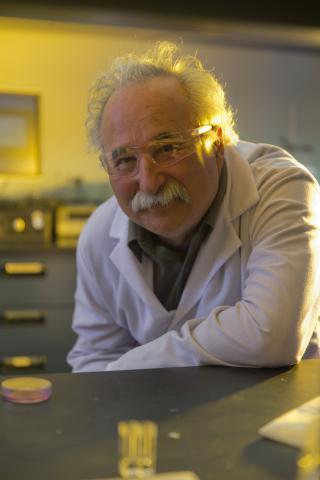 Clarkson Professor Evgeny Katz, the Milton Kerker Chair of Chemistry in the Department of Chemistry and Biomolecular Science, was awarded the Katsumi Niki Prize for Bioelectrochemistry 2019 for his outstanding contribution to the fields of bioelectrochemistry, biosensors, bioelectronics, biofuel cell, and biocomputing. He received the award from the International Society of Electrochemistry (ISE). This international award is very competitive and only given every two years to a scientist who has made an important contribution in the field of bioelectrochemistry. This is the first time a Clarkson faculty member has received the award, and only the third time a United States-based professor has won it.

Officials with ISE say Professor Katz was given the award for his long-time highly important contributions to research in bioelectrochemistry. Other Niki Award winners are extremely well-known scientists working in electrochemistry and have contributed greatly to the field.

“I am very proud to join the cohort of these scientists and was very surprised by this award. I hope it will continue to help attract good scientists and students to Clarkson University,” Katz said.

In addition to the award, Professor Katz is also invited to give a special lecture at the next ISE meeting in 2020 in Belgrade.