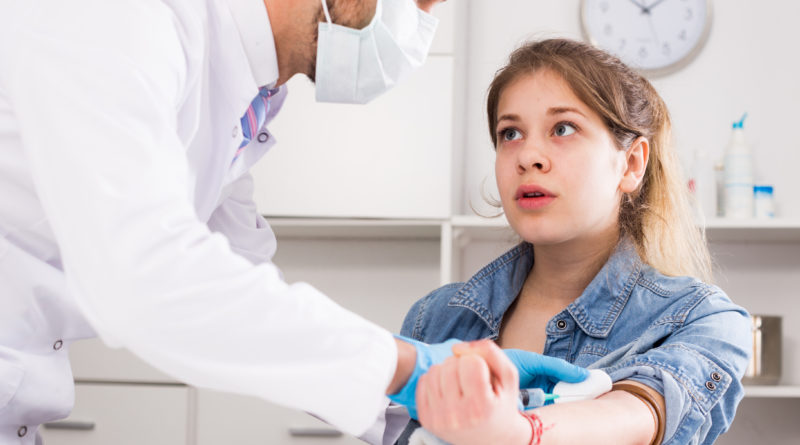 However, nearly one in five patients could not tolerate treatment, most often due to adverse breathing events, during one year of follow up. The rate of discontinuation was considerably higher than previously reported in clinical trials, the authors wrote.

In “Real-Life Safety and Effectiveness of Lumacaftor-Ivacaftor in Patients with Cystic Fibrosis,” Pierre-Régis Burgel MD, PhD, and colleagues report on their study of 845 patients (292 adolescents, 553 adults) who were treated at 47 cystic fibrosis centers throughout France.

Cystic fibrosis is caused by mutations in the cystic fibrosis transmembrane conductance regulator (CFTR) gene. In 2015 the Food and Drug Administration and the European Medicines Agency approved lumacaftor-ivacaftor in treating patients who have inherited the same defective CFTR gene, known scientifically as the Phe508del mutation, from their parents.

“We felt it was important to obtain real-life post-marketing data in a large population of unselected patients with CF,” said Dr. Burgel, a professor of medicine at Paris Descartes University and a physician at Cochin Hospital, Assistance Publique Hôpitaux de Paris. “Our findings provide a useful complement to randomized clinical trials in which participants were selected based on very strict criteria.”

The study found that patients who took lumacaftor-ivacaftor continuously for 12 months experienced:

The researchers found that 18.2 percent of participants in the study dropped out. According to the authors, this was “markedly” higher than “pivotal clinical trials,” in which less than 5 percent of patients discontinued the combination therapy.  Based on their findings, the authors believe the higher rates in the current study were likely the result of enrolling a higher proportion of patients with severe respiratory disease. However, discontinuation rates in patients with milder disease were also three times higher than in clinical trials, presumably because these patients had less stable disease, the authors said.

“For patients who are able to continue lumacaftor-ivacaftor, there is clinically meaningful improvement in respiratory disease and nutritional status,” Dr. Burgel said. “However, our study found  that the benefits and risks of new therapies cannot be extrapolated to patients who were excluded from clinical trials.”

About the American Journal of Respiratory and Critical Care Medicine

The AJRCCM is a peer-reviewed journal published by the American Thoracic Society. The Journal takes pride in publishing the most innovative science and the highest quality reviews, practice guidelines and statements in pulmonary, critical care and sleep medicine. With an impact factor of 16.494, it is one of the highest ranked journals in pulmonology. Editor: Jadwiga Wedzicha, MD, professor of respiratory medicine at the National Heart and Lung Institute (Royal Brompton Campus), Imperial College London, UK.

About the American Thoracic Society

The ATS will hold its 2020 International Conference, May 15-20, in Philadelphia, Pennsylvania, where world-renowned experts will share the latest scientific research and clinical advances in pulmonary, critical care and sleep medicine.