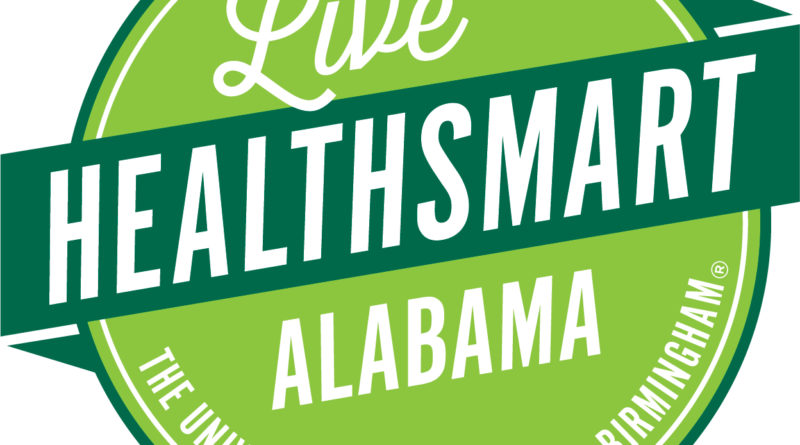 BIRMINGHAM, Ala. – For far too long, Alabama’s residents have seen their health statuses languish when compared to those of other states. Often, Alabama is a punchline when it comes to obesity, diabetes and the overall health of its people. But the consequences, unfortunately, are counted in decreased quality of life, increased health costs and lives lost — hardly a laughing matter.

Today, the University of Alabama at Birmingham officially launches a new enterprise in partnership with more than 90 community, government, business, education and other agencies that is designed to transform Alabama’s health and lift its people through education, action and support.

Live HealthSmart Alabama is the winning proposal for UAB’s inaugural Grand Challenge, an integral part of the university’s strategic plan, Forging the Future, which aims to build a brighter future through new, innovative ideas and initiatives. The Live HealthSmart Alabama proposal, led by Mona Fouad, M.D., director of UAB’s Minority Health and Health Disparities Research Center, was selected as the UAB Grand Challenge winner in April from a pool of 77 initial applications. A three-year, $2.7 million institutional investment was awarded to launch the initiative and enable the team to set its course for the next decade.

“We are known as an ‘unhealthy state,’ and we’ve got to change that, and we’ve got to do it now,” Fouad said. “Our health is the core to a good quality of life, to being productive as a people and to our happiness in general. We must do better by our citizens. To do that, we must educate, reach more people where they are and work collectively to change our paradigm. Together, we can improve our state’s health so we as Alabamians can reach our full potential.”

“Our health is everything. It is the core of good quality of life, productive employees, successful students and happiness in general. We must do better by our citizens.”
– Mona Fouad, M.D.

Alabama’s population struggles with chronic health challenges. The state has the highest prevalence of stroke, the third-highest rate of diabetes and kidney disease, and consistently high levels of heart disease and obesity. Fruit and vegetable consumption and physical activity levels are low. Together, these factors, along with many others, have placed Alabama at 48th in the national health rankings.

“While UAB has the depth and breadth in terms of its expertise to begin to tackle an immense problem like improving the overall health of our residents, what we need is the engagement of the greater community to make a real and lasting difference,” said Chris Brown, Ph.D, vice president for Research at UAB. “Live HealthSmart Alabama aims to do just that.”

The Live HealthSmart Alabama team aims to tackle these challenges through a holistic approach, targeting nutrition and physical activity, along with prevention and wellness, through the lens of policy, system and environmental improvements.

“Dr. Fouad is a pioneer in health disparities research, and she has assembled an impressive coalition of collaborators and supporters from our university and across the state,” said UAB President Ray L. Watts. “The extraordinary coalition she and her team have assembled, working in conjunction with communities across Birmingham and Alabama, will find the solutions needed to improve the health of our state. In many ways, this project mirrors how UAB’s phenomenal growth and success have been fueled in our 50 years as an institution — by intense collaboration and innovation. It’s those very strengths — in their fullest measure — that will enable us to achieve the goals of the UAB Grand Challenge.”

It is the collaborative nature of Live HealthSmart Alabama, which includes participation from across the entire UAB campus and emphasizes engagement with community stakeholders to solicit active input, that leaders of the initiative believe will help the endeavor realize profound effects. With the input from communities, combined with the more than 90 corporate and community partners that have united to develop and implement the multi-pronged plan, Fouad believes the groundwork for transformative change in the health of our state is now on the launchpad.

Many town hall meetings have already taken place in several Birmingham-area neighborhoods. The four demonstration zones that will kick off the campaign include East Lake, Bush Hills, Kingston and North Titusville, with expansion coming to other areas in Birmingham and around the state the coming months and years.

These gatherings in the four demonstration zones have garnered important insights and were built on a framework of cooperation established by the UAB Minority Health and Health Disparities Research Center. Fouad founded this universitywide interdisciplinary research center in 2002, and continues to serve as its director.

“The health of the state of Alabama impacts every one of us,” said Fouad, whose ground-breaking research into the links between social and ecological factors and health informed much of the national conversation about health disparities. “When the places in which we live, work and play become healthier, we all benefit.”

Live HealthSmart Alabama is a comprehensive plan to work with businesses, schools, faith-based organizations and nonprofits in order to make changes to policies, systems and the built environment impacting the health of Alabamians.

The initiative will start here in UAB’s backyard, and in several underserved communities with an aim to help positively affect the future of the residents’ lives.

Schools, restaurants and businesses in these and other communities around the state can begin taking part in this initiative. Visit www.uab.edu/LiveHealthSmartAL to see how to earn a Live HealthSmart Alabama designation. Each entity that meets certain criteria can have their school, restaurant or other business designated, and earn a seal that proudly displays this achievement. The hope is that when these schools, restaurants and businesses earn the Live HealthSmart Alabama designation, it encourages others to join in and work together as communities and as a state to improve our overall health.