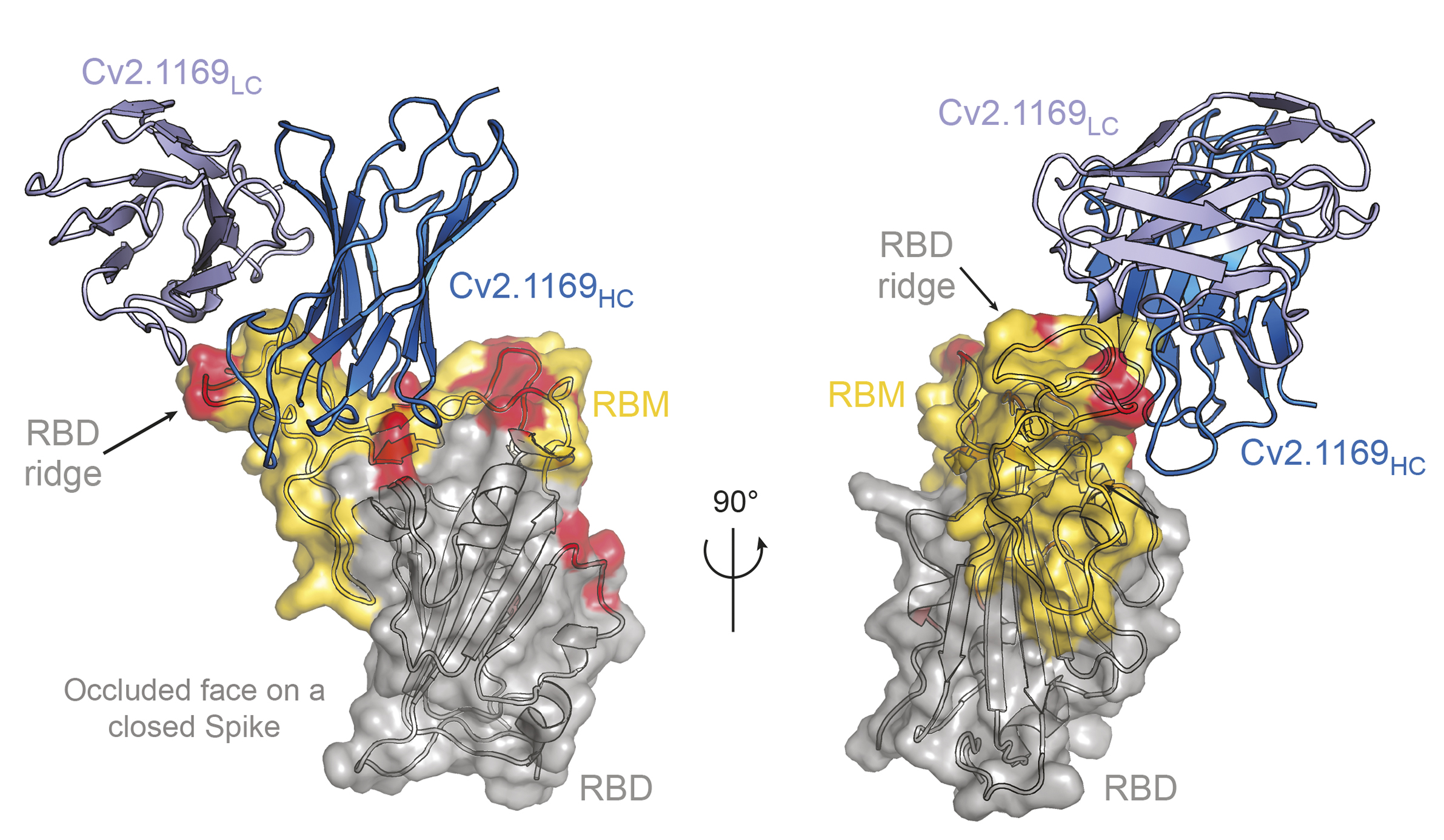 Two broadly neutralizing antibodies show great promise to provide long-acting immunity against COVID-19 in immunocompromised populations according to a paper published June 15 in the Journal of Experimental Medicine (JEM). The antibodies were effective against all SARS-CoV-2 variants of concern tested and could be used alone or in an antibody cocktail to diminish the risk of infection.

Researchers from the Institut Pasteur, Université Paris Cité, and INSERM examined 102 SARS-CoV-2 spike monoclonal antibodies cloned from the B cells of 10 COVID-19 convalescents. They found that the antibodies Cv2.1169 and Cv2.3194 were the only ones to neutralize all SARS-CoV-2 variants, including Omicron BA.1 and BA.2 subtypes. The two antibodies also were fully active against Alpha, Beta, Gamma, and Delta variants. A modified version of the Cv2.1169 antibody was also effective at treating SARS-CoV-2 infection in mice and hamsters.

“The broadly neutralizing antibodies we described were more efficient in vitro than many anti–SARS-CoV-2 monoclonals previously approved by the FDA for treatment or prevention. Therefore, we are pretty confident that they represent premium candidates for pre-exposure prophylaxis in immunocompromised patients,” says Hugo Mouquet, head of the Laboratory of Humoral Immunology at the Institut Pasteur, who led the study.

Previous research has shown that SARS-CoV-2 spike-specific monoclonal antibodies play a key role in providing in vivo protection and have been used in developing COVID-19 vaccines. However, immunocompromised individuals still lack effective immunity against SARS-CoV-2 infection.

“A key point is that those monoclonals have been engineered for extending their half-lives and therefore have an expected prolonged effect in people but would still require regular injections, possibly every few months, to maintain protective antibody titers,” Mouquet says. The first molecule being developed based on the new research, SPK001, is being studied by the biotech company SpikImm, and clinical trials are expected to start in the middle of this year.

The research has its roots in a task force launched by the Institut Pasteur in the early days of the COVID-19 pandemic. The Mouquet lab focused its efforts on immunotherapeutics because of its ongoing study of human antiviral monoclonal antibodies, including molecules of prophylactic and/or therapeutic potential against HBV and HIV-1.

Notably, one of the two broadly neutralizing antibodies, Cv2.1169, is a type of antibody known as immunoglobulin A that is produced by B cells in the body’s mucosal tissues, such as the respiratory tract, and can be crucial in the early response to respiratory pathogens like SARS-CoV-2.

“One aspect of our work highlights the role of IgA antibodies for a broad SARS-CoV-2 neutralization. When studying immune responses against pathogens affecting mucosal tissues, we thus consider that IgA-mediated antibody response should be systematically investigated, including in the quest of isolating broadly neutralizing monoclonal antibodies,” Mouquet says.