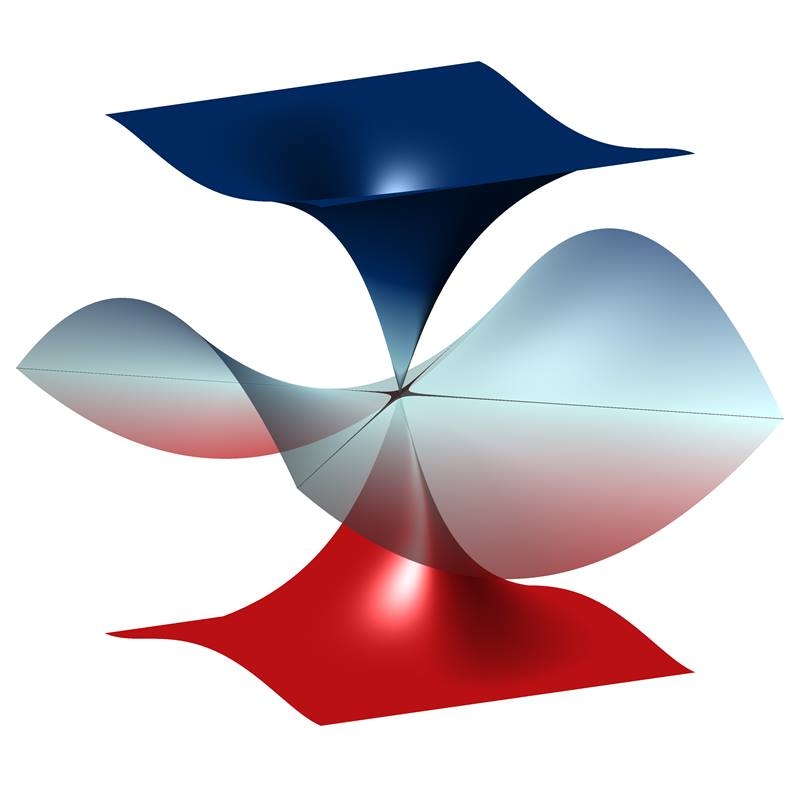 By connecting electromagnetic waves and magnetism to create a system made of magnon polaritons, scientists demonstrated the existence of an “exceptional surface” for the first time. Magnon polaritons are a type of “quasiparticles.” These are disturbances that act like a particle despite not being a particle, like a bubble in a glass of soda. Exceptional surfaces were originally a purely mathematical concept. But recent research shows they have potential physical, real-world applications.

Exceptional surfaces could have applications in information processing and sensing, including in new quantum technology. For example, the behaviors displayed by these surfaces could help make quantum sensors more sensitive to slight changes. They could also improve the how well quantum circuits handle environmental noise. In addition, the use of magnon polaritons to create these surfaces provides a new way to reveal unusual behavior at the quantum level. This ability would help scientists explore quantum physics and design quantum information systems.

Scientists at the Center for Nanoscale Materials and the Imperial College London worked together to produce the surface. The scientists constructed a magnon polariton system using a small magnetic sphere of yttrium iron garnet and a specialized circuit board that confines microwaves. They characterized the system using a magneto-electro-optical spectrometer at the Center for Nanoscale Materials, a Department of Energy Office of Science user facility. They then plotted the results in three-dimensional graphs to produce the exceptional surface.

This phenomenon has applications in various signal processing technologies including microwave devices, high sensitivity sensors, and secure communications. These results also lay the groundwork for a new avenue for producing and studying new physical phenomena including the quantum physics realm.