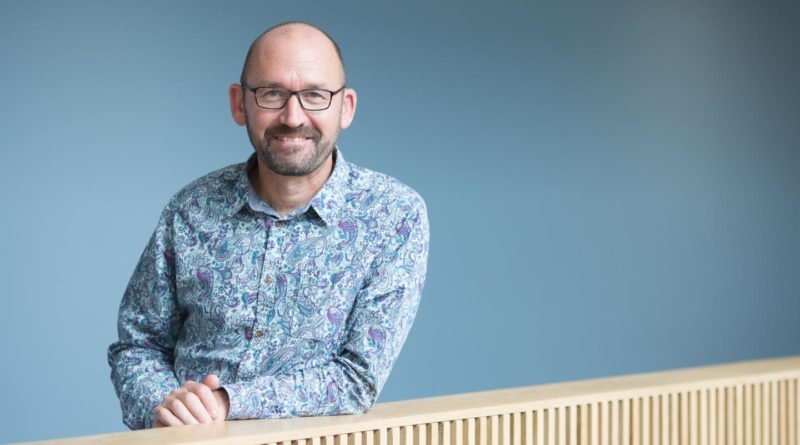 Reintroducing beavers to their native habitat is an important step towards solving the freshwater biodiversity crisis, according to experts at the University of Stirling.

New research from the Faculty of Natural Sciences has provided further support to previous work that has shown beavers have an important impact on the variety of plant and animal life.

The latest study, led by Dr Alan Law and Professor Nigel Willby, found that the number of species only found in beaver-built ponds was 50 percent higher than other wetlands in the same region.

Dr Law, Lecturer in Biological and Environmental Sciences, said: “Beavers make ponds that, at first glance, are not much different from any other pond. However, we found that the biodiversity – predominantly water plants and beetles – in beaver ponds was greater than and surprisingly different from that found in other wetlands in the same region.

“Our results also emphasise the importance of natural disturbance by big herbivores – in this case, tree felling, grazing and digging of canals by beavers – in creating habitat for species which otherwise tend to be lost.

“Reintroducing beavers where they were once native should benefit wider biodiversity and should be seen as an important and bold step towards solving the freshwater biodiversity crisis.”

Beavers are one of the only animals that can profoundly engineer the environment that they live in – using sticks to build dams across small rivers, behind which ponds form. Beavers do this to raise water levels to avoid predators, such as wolves and bears: however, numerous other plants and animals also benefit from their work.

The research team surveyed water plants and beetles in 20 wetlands in a small area of southern Sweden – 10 created by beavers and 10 that were not – to understand whether beavers might provide a solution to the current biodiversity crisis by creating novel habitats.

Professor Willby added: “The loss of large mammals from modern landscapes is a global conservation concern. These animals are important in their own right, but our research emphasises the added biodiversity benefits that go with them.

“We are best reminded of this effect when large herbivores, such as beavers, are reintroduced to places where they have been lost.”

This research follows the team’s 2018 study that found that 33 percent more plant species and 26 percent more beetles were living in wetlands created by beavers, compared to those that were not. Another previous study, from 2017, showed that – over a period of 12 years – local plant richness in a Tayside wetland rose by 46 percent following the introduction of beavers. They created 195 metres of dams, 500 metres of canals and a hectare of ponds.

The latest research – published in the journal

– was funded by the Carnegie Trust, a University of Stirling Horizon studentship, and the Swedish Research Council.

This part of information is sourced from https://www.eurekalert.org/pub_releases/2019-08/uos-brk082619.php