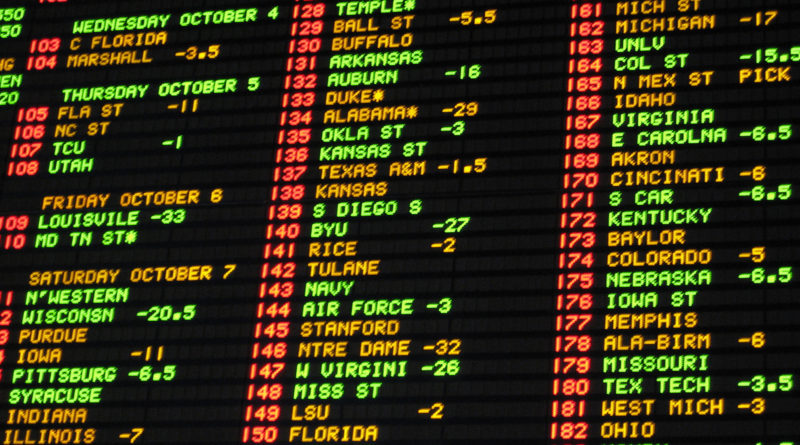 September’s arrival coincides with the beginning of a major pastime in the lives of Americans: football.

‘Tis the season for fans to not only cheer for and cry over their favorite teams, but to make wagers on them, too.

The opportunity to bet on football teams has expanded dramatically in the past year, with more and more states legalizing and launching sports wagering markets. It’s the result of a U.S. Supreme Court decision in May 2018 to overturn the Professional and Amateur Sports Protection Act (PASPA), also known as the Bradley Act.

Since then, several states have joined Nevada — the only state that previously operated full-scale, legal sports betting — in allowing their residents to bet on sporting events. But there’s even more to come.

Jennifer Roberts, associate director of the International Center for Gaming Regulation at UNLV, gives a snapshot of where Americans can legally place wagers, and what the future holds for an industry that’s nascent in much of the country.

What does the current sports betting landscape look like?

There are 12 states with active, legally regulated sports betting, and several other states, along with Washington D.C., that have made sports betting legal, but haven’t yet launched their programs.

I estimate that within five to 10 years of PASPA being struck down, sports betting will be legalized in at least 30 states. I wouldn’t be surprised to see nearly every state — perhaps with the exception of Utah — eventually adopt some version of sports wagering.

Massachusetts and Michigan are currently talking about it, and Louisiana nearly passed legislation this year. There are several states that I expect to propose legislation in upcoming legislative cycles. Prior to the Supreme Court decision, Nevada was the only state that had full-scale, legal sports betting.

What’s the reason that a state might want to jump in? What should states take into consideration before making sports betting a legal enterprise?

I think generating revenues is a piece of it. Employment is another aspect, and of course, fighting the illegal market. It’s better to have it open and transparent than maintain it in an illegal market.

Before states consider taking the plunge, they need to understand how sports betting works. That’s the key. Many states approach this new enterprise thinking that it’s going to solve budget woes, but that’s likely not the case.

In Rhode Island, for example, lawmakers there projected sports betting revenues of $11.5 million, but only about $150,000 came in over the first several months. In Nevada, sports wagering makes up 2.5 percent of gaming revenues — a very small portion. That’s because, while we might have a large amount of money being wagered, operators also have to pay out winning wagers. Sports betting is all about managing risk — you don’t want to take wagers on things where you’re going to lose a lot of money. The New England Patriots’ Super Bowl victory, for example, cost Rhode Island nearly $1.2 million in payouts. In Nevada, sports books lose $10 million on Sunday NFL games, but they win quite a bit of money on college basketball. States, overall, need to have a realistic understanding and approach to sports betting.

It’s also important for states to keep in mind that fighting the illegal market is not easy. It’s always going to be a battle over convenience, pricing, and access to credit. But the advantages of a legal market outweigh those of an illegal market. In a legal market, patron funds are safe and secure, and there are greater consumer protections. In a regulated system, sports wagering is more likely to be done honestly and fairly, and you can also provide problem gambling messaging.

If I want to open a sports book within a state that allows legal sports betting, what should I know?

Working within the boundaries that each state sets up can be especially challenging if you’re an operator with locations in multiple jurisdictions. In that case, you’re going to have to operate differently in each state, and pay attention to how the tax rates differ.

It’s also important for operators to communicate and share information between states. In Nevada, our legal sports books have an interest in protecting against betting corruption, and will notify our regulators if they see anything suspicious. It’s important to avoid silos so that the integrity of the market is protected everywhere.

How will the sports betting market change and grow over the next few years?

There is likely going to be a push to include more and more non-traditional sporting events in the legal betting market. One major example of this is minor league baseball. Earlier this year, Nevada sports books began taking wagers on the Las Vegas Aviators after the Nevada Gaming Commission repealed a rule that prohibited betting on professional baseball games. Sports betting is also expanding to tennis, golf, international hockey, WNBA, Australian rugby, cricket, cycling, and even college lacrosse.

Betting on non-sporting, international and esports events is also growing in the U.S. New Jersey, for example, offered wagering on the Academy Awards for the first time this year, and Nevada allows people to make wagers on the World Series of Poker and has approved wagering on Golden Tee tournaments. New Jersey was also approached about doing the Nathan’s Hot Dog Eating Contest, but they declined to do it.

In the future, it’s also possible that the location of sports books will expand. Washington D.C. will likely allow sports betting in sports arenas and the NBA recently announced a virtual sports betting platform. It will be very interesting to see how this all plays out, especially as global markets are seeing more restrictions and compliance penalties.

Jennifer Roberts is an expert in sports betting, gaming regulation and law, gaming compliance, and casino operations. She serves as the associate director of UNLV’s International Center for Gaming Regulation, which conducts cutting-edge research and regulatory evaluation in order to promote international best practices in gaming regulation. Roberts also teaches courses in gaming law at the William S. Boyd School of Law at UNLV.