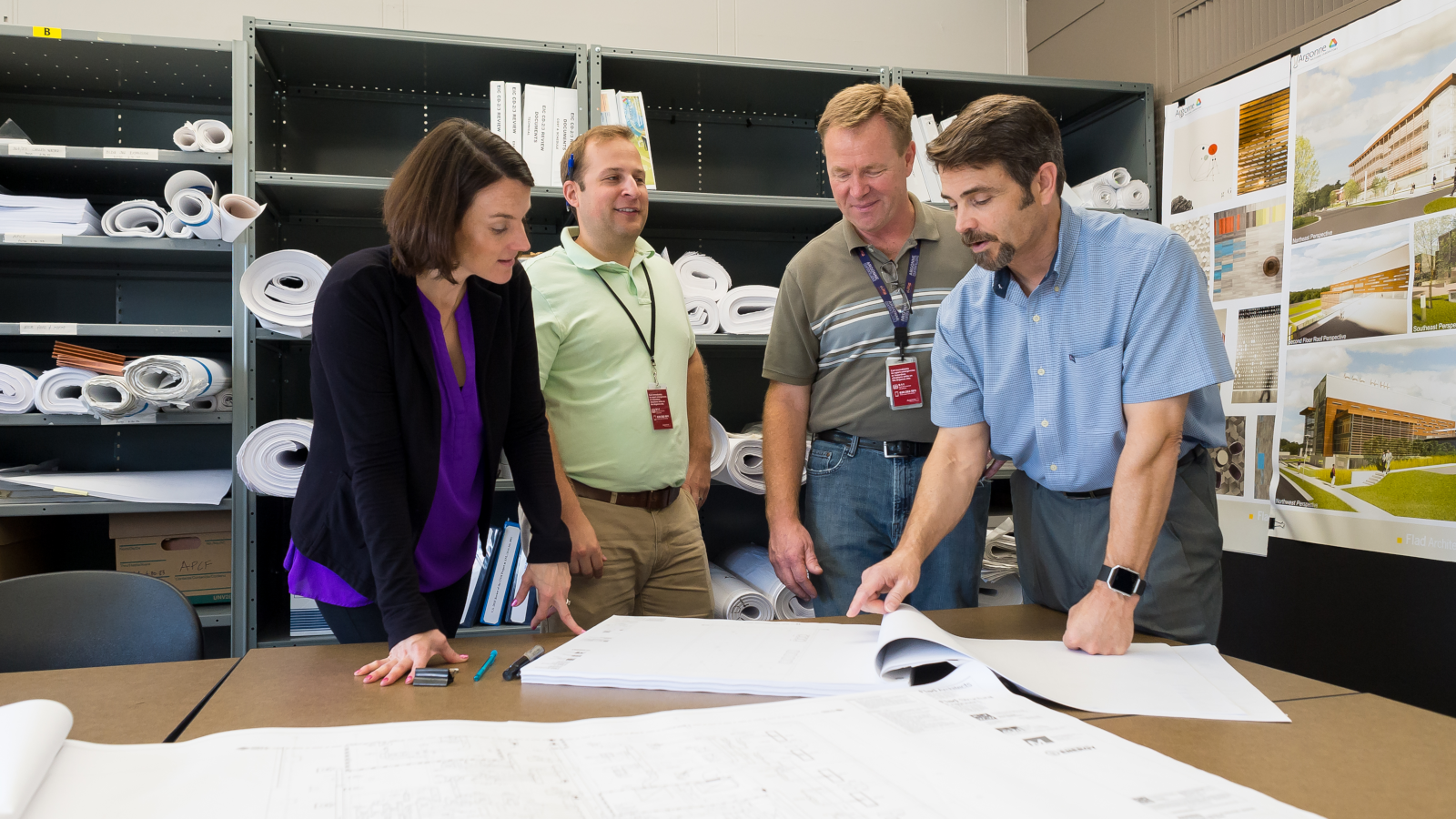 As April 22 marks the 50th anniversary of Earth Day, the U.S. Department of Energy’s (DOE) Argonne National Laboratory continues to honor this day and every day with its Site Sustainability Program, which supports world-class science and engineering breakthroughs, addresses deferred maintenance and improves operations. Argonne has been a good steward of tax dollars while positioning itself as a model for other organizations seeking to do the same by increasing cost savings and reducing their environmental impact, according to Catherine Hurley, sustainability program manager, and Karyn Andersen, sustainability project manager, both in Argonne’s Project Management Organization.

Here are 10 inspiring ways that Argonne turns every day into Earth Day:

Seventeen buildings are documented as high-performance sustainable buildings, including six that are also Leadership in Energy and Environmental Design certified. Nineteen percent of Argonne’s 156 buildings achieved recognition as high performance sustainable buildings. Green buildings include energy and water that operates more efficiently, the construction uses materials with a lower environmental impact, and the lighting and ventilation are better for workers’ health and well-being.

Research collaborations are an important part of Argonne’s program. The lab supports four on-site photovoltaic (PV) projects that generate 250 megawatt-hour (MWh) annually. In addition, Argonne has a solar master plan that identifies 20 sites across the lab that, combined with its current locations, will provide 70% of the base electric needs, or equivalent to powering 5,000 homes for one year.

During this past fiscal year, the Site Sustainability Program approved 24 Energy and Conservation Measures (ECMs) through the reinvestment program, an innovative energy program that saves money and reinvests it in similar projects around the campus. Since the program started in 2008, Argonne has invested  about $8.6 million in ECMs, which have generated about $1.6 million in annual cost savings.

Argonne has been a good steward of tax dollars while positioning itself as a model for other organizations seeking to do the same by increasing cost savings and reducing their environmental impact. — Catherine Hurley and Karyn Andersen, Argonne’s Project Management Organization

Facility upgrades have driven a 43% reduction in drinking water use across the lab since 2007. This is equal to saving more than 10.6 million 16-ounce water bottles.

Argonne obtains canal water from the Metropolitan Water Reclamation District, the Chicagoland wastewater utility, at no cost. It uses the canal water for various functions to save about 190 million gallons of drinking water and $1.2 million in costs to the laboratory annually. In addition, about 31 million gallons of water are adsorbed annually from Argonne’s Green Infrastructure, that include nine rain gardens, 11 bioswales and 370,000 square feet of land converted to prairie grass in the last 3 years. A bioswale is a long, channeled depression or trench that receives rainwater runoff (as from a parking lot) and has grasses, flowering herbs, shrubs and mulch to slow water infiltration and filter out pollutants.

6.    Take Your electric vehicle to work… every day

Argonne increased its participation about four-fold for an on-site charging program since 2015 with more than 40 electric vehicle charging stations and 93 users. Users of private vehicles pay $7.75 per month to cover the cost of electricity and station maintenance.

Argonne has actively converted about 90% of its 112 fleet vehicles to bio-based and electric fuel, leading to a 25% reduction in fuel use from non-roadway vehicles and equipment since 2005.

Supporting waste diversion and recycling programs for nine waste streams resulted in a 62% waste diversion for municipal solid waste. This is equivalent to conserving 200,000 gallons of gasoline. An integral part of this program is Argonne’s food scrap and paper towel composting program, which diverted 35 metric tons of compostable materials in the past year.

9.    Partnering with the land