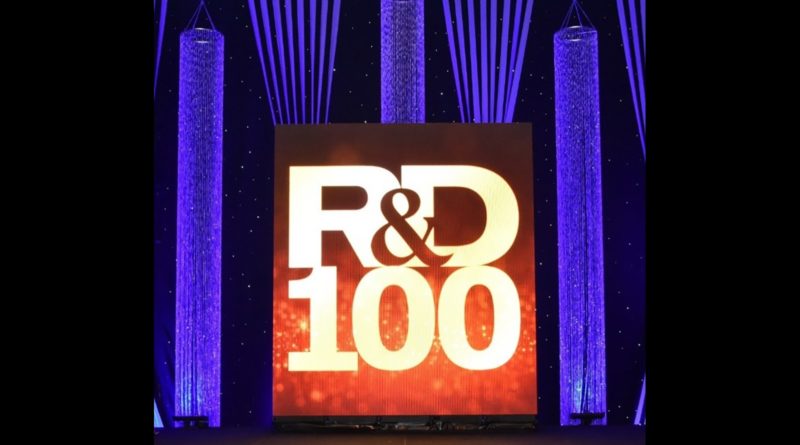 Program has been called the “Oscars of Innovation.”

Technologies developed by researchers at the U.S. Department of Energy’s (DOE) Argonne National Laboratory and partner organizations have won nine 2019 R&D 100 awards. The awards program, sometimes called the ​“Oscars of Innovation,” honors revolutionary ideas in science and technology and the innovators behind them.

“It’s wonderful to see such a strong showing by Argonne and its partners among this year’s R&D 100 Award winners and finalists,” said Ushma Kriplani, interim associate laboratory director, Science and Technology Partnerships and Outreach, at Argonne. ​“This is a testament to the breadth of science and engineering Argonne does and the impact it makes.”

Argonne scientists have been awarded over 130 R&D 100 Awards since the competition first began in 1964. Past winners also include Fortune 500 companies, other national laboratories, academic institutions and smaller companies.

Argonne awardees were among 100 chosen by an independent panel of more than 40 well-respected industry leaders. Both finalists and winners will be recognized at the 2019 R&D 100 Conference taking place in San Francisco this December.

Winning projects include the following:

Argonne researchers have developed a new kind of highly efficient and durable fuel cell catalyst, referred to as LP@PF, that reduces platinum usage in fuel cell cathodes by three to sevenfold. The solution addresses one of the major barriers to boarder adoption of fuel cell technologies — cost. Platinum, which is needed in fuel cell electrodes to catalyze electrochemical reactions, is among the most expensive components of fuel cells. By utilizing lower levels of platinum, this novel cathodic fuel cell catalyst has the potential to drastically reduce costs for fuel cell vehicles and other fuel cell powered devices.

A research team led by Argonne materials scientist Dileep Singh has developed a fast, high-efficiency thermal energy storage system (TESS) that rapidly stores heat and releases it on demand.  The TESS technology was developed for concentrating solar power plants, but has wide-ranging commercial applications, including waste heat recovery and use, building cooling/heating, and load leveling for power plants. The system, which is tunable to operate over range of temperatures and has a unique modular design, can greatly increase the energy efficiency and cost-effectiveness of many industrial processes.

EverBatt is a closed-loop battery life-cycle model that helps address the growing national need for responsibly and sustainably handling the rising number of spent batteries. The model helps stakeholders better understand the cost and environmental impacts of battery recycling and accelerates the development of a more sustainable battery supply chain, which is critical to America’s energy security. In addition to comparing different recycling scenarios, EverBatt identifies cost and environmental hotspots throughout the life cycle of a battery.  It also helps to direct and validate battery recycling research and development efforts and overcome potential barriers to process commercialization.

Researchers from Argonne and Microvast Inc. have developed a novel high-power battery technology that has a higher energy density, longer life and safer operation than any other state-of-the-art lithium-ion battery on the market. The system is built from four breakthrough technologies and could potentially be used in plug-in hybrid electric vehicle and full electric vehicle markets. Because of its many benefits, the technology has the potential to also enhance the performance of lithium-ion batteries used in cell phones and other smaller-scale applications, as well as in electric grid applications.

Cellulose nanocrystals (CNCs), which come from renewable resources, have many promising applications in materials synthesis, green catalysis, biosensing and more. However, the high cost of producing CNCs at a large scale, and the relatively poor quality of the product, impede commercial development. Argonne, the University of Chicago and Aloterra Energy, LLC have developed a process that solves both of these problems. The process, known as Bio2Nano, converts noninvasive, abundant elephant grass into high-quality CNCs by combining the generation of a bleaching agent, bleaching and hydrolysis into a single step. University of Chicago scientists invented the initial process, and Argonne researchers have scaled it up to an economical manufacturing level.

Unified Communications X (UCX) is a project aimed at creating a unified open-source framework for datacentric and high-performance computing applications. The project involves collaborators from industry, academic institutions and national laboratories including Argonne,  and is managed by the Unified Communication Framework consortium.

Everyday failures occur in high-performance computing that delay computation and analysis. Checkpointing, the process of saving necessary data from a running application from which it can resume in case of a failure, helps to address this problem. Argonne has collaborated with Lawrence Livermore National Laboratory to develop the SCR (Scalable Checkpoint/Restart) optimized checkpoint/restart library for high-performance applications and workflows. The SCR library not only will increase programmer productivity, but also dramatically reduce checkpoint /restart overhead and provide transparent optimizations for large-scale parallel systems.

Large-scale simulations cannot run without hundreds of external software libraries, or packages, but managing these — including different versions and configurations — takes considerable time and effort. To help users, a research team led by Lawrence Livermore National Laboratory have developed Spack, a flexible package manager for high-performance computing (HPC). Spack works on a wide range of HPC platforms and gives users versatility in configuring code. Contributors to the project include Argonne and other government laboratories and institutions, multiple universities and a software company.

Finalists include the following:

Resilicoat is an ultrathin nanocomposite coating that increases the lifetime, energy density, and charge rate of lithium-ion batteries. It is the first hydrofluoric acid-resistant coating suitable for both conventional and next-generation electrode materials, including cobalt- free cathodes in lithium-ion batteries that operate at high voltages. Argonne researchers developed the technology using atomic layer deposition, a scalable coating technology invented at the laboratory. The coating helps protect the surface of electrodes in lithium-ion batteries, enabling high-voltage, high-capacity operation for transportation, consumer electronics and other applications.

Climate Risk and Resilience Analysis (CRRA) is a climate resiliency project Argonne is working with AT&T to help companies and communities better predict and adapt to the impacts of climate change and extreme weather events. The project uses data analysis and physics-based  modeling to provide actionable climate risk analysis that decision makers can use to account for climate change when making resilience investments and decisions about their infrastructure.

HELICS is a flexible and scalable open-source, co-simulation framework that will help decision-makers analyze and understand transmission distribution and communication interdependencies in the power system. This comprehensive simulation tool is fundamental to helping stakeholders make decisions on how to adapt the grid to meet evolving needs. The tool also quantifies the impact of the ever-increasing high-penetration variable generation on power grid reliability and resiliency. Contributors to this project include Argonne and six other national laboratories.