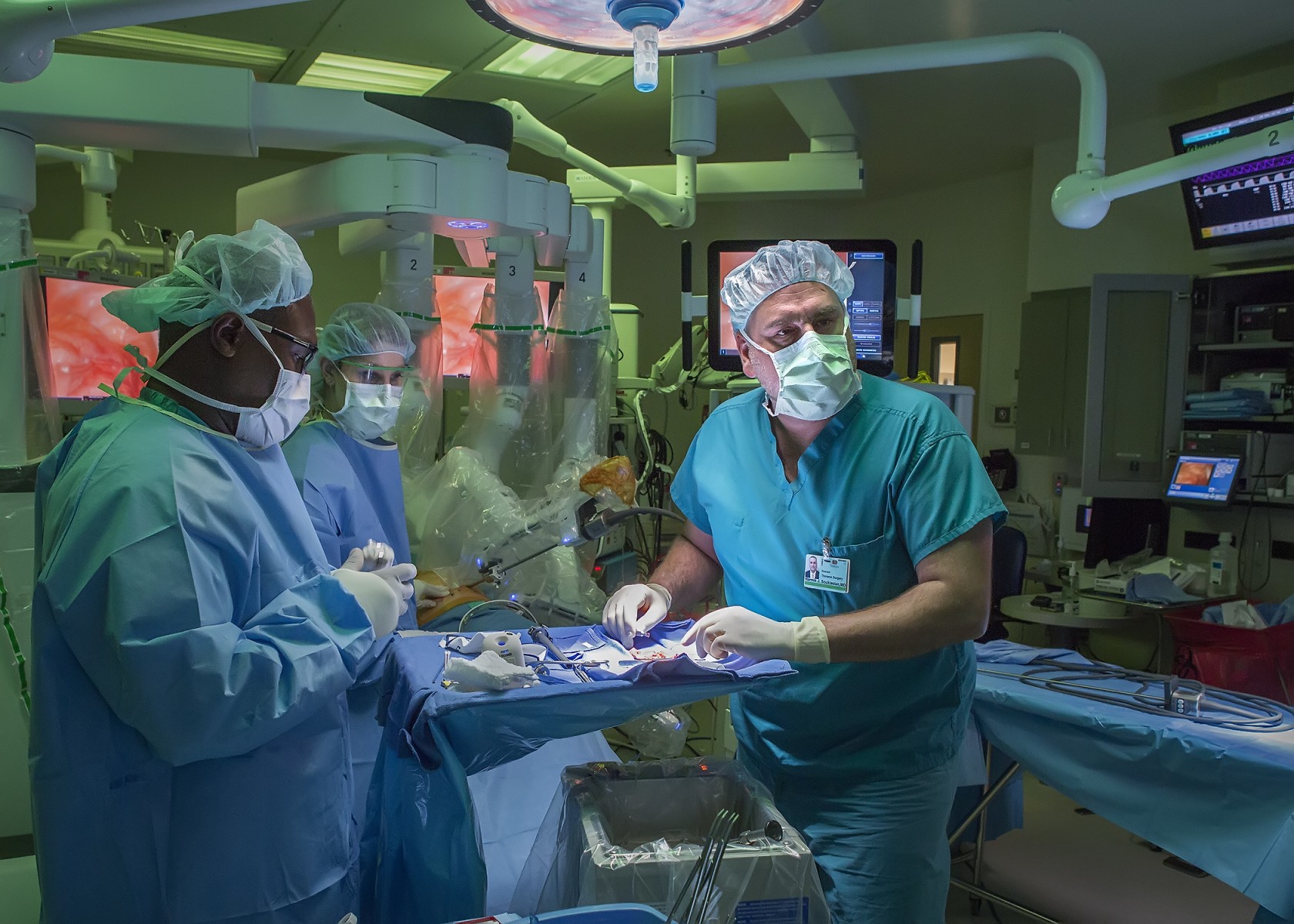 Los Angeles (November 16, 2021). –“I wanted to know the reality of my condition, and didn’t want to wait,” said Riverside, California, resident Kronenfeld, 78, a poet, author and lecturer emerita in the Department of Creative Writing at the University of California, Riverside. “I can’t imagine any other way of achieving that.”

The approach Kronenfeld chose is a streamlined surgical option that utilizes two robotic procedures for patients with suspected lung cancer. It differs dramatically from traditional “open surgery,” which entails a large chest incision and many weeks of recuperation.

The first robotic procedure employs a high-tech biopsy platform, called Ion, which creates a special 3D map of the patient’s lung. While the patient is under anesthesia, the surgical team uses that map and a camera to precisely navigate a robotic bronchoscope to the suspicious mass and obtain a biopsy. The tissue sample is precisely excised and then delivered to a pathologist who determines, within 15 minutes, whether the patient has cancer.

“This is a paradigm change in the treatment and care of lung cancer patients,” said thoracic surgeon Harmik J. Soukiasian, MD, director of the Division of Thoracic Surgery at Cedars-Sinai Cancer and a robotic surgery expert. “With this procedure, we can deliver the best care possible to patients, with the most cutting-edge technology, and within the earliest time frame possible—from meeting the patient to treating them, all in a day.”

If cancer is diagnosed after the bronchoscopy, the patient remains under anesthesia for the second robotic surgical procedure utilizing a da Vinci surgical robot. The surgeon makes a few tiny chest incisions into which surgical equipment and a camera are inserted to guide and perform the operation. The surgeon sits at a console in front of a video screen several feet from the operating table and directs the surgery, assisted by a multidisciplinary team. Magnified, 3D images from the camera appear on the console screen, allowing the surgeon to robotically remove the mass, lymph nodes and even an entire lobe.

The combined two procedures take about three hours. Post-surgery, the patient spends time in a recovery room, and then is moved to a private room for a couple of days before going home to recuperate, with a treatment plan in place.

The Shorter, the Better

“The shorter the period of time the patient has cancer in their body, the better they are,” Soukiasian said. “It’s better both on a biological level and psychologically. We can shorten the time that patients and their families are struggling with the unknown and let patients get clear of their disease.”

If results from biopsies of the tumor and lymph nodes reveal that the cancer has spread, indicating more complex surgery, the patient is taken out of anesthesia. The second robotic surgery is postponed until completion of chemotherapy, which shrinks the tumors.

Typically, getting to the bottom of a cancer diagnosis and the beginning of treatment—if necessary— involves imaging, a biopsy, lengthy pathology analysis, staging of the disease, invasive surgery that may require breaking the rib cage, and consultations with an oncologist to map out a treatment regimen. It can take up to an anguishing 52 days to accomplish that, Soukiasian said.

“My mother-in-law, who lives out of town, was diagnosed with lung cancer, and it took almost two months to go from the discovery of a mass to getting the surgery,” Soukiasian said. “It was anxiety-provoking for my whole family.”

Kronenfeld already had undergone robotic surgery with Soukiasian in March this year to remove a benign cyst on her thymus, a gland that lies in the upper chest under the breastbone. A CT scan related to that procedure also detected an area of lung opacity, or increased density, in her left lung, prompting the subsequent biopsy.

Kronenfeld chose the robotic procedures based on the success of her earlier procedure and her desire to avoid the more invasive open-surgery option. When she awoke from the twin procedures, she got the lung cancer diagnosis and learned that Soukiasian had removed the cancer from her lung.

“Psychologically, it was beneficial to get that news quickly, but it was still hard to find out that part of my lung had been removed and that I faced treatment,” Kronenfeld said. “When I thought about it afterward, though, I knew that I didn’t want to wake up from anesthesia, await a lengthy pathology report, and then have to undergo surgery again several days later or longer. I feel totally positive about what I did.”

Read about lung cancer on the Cedars-Sinai Blog: Should I Get a Lung Cancer Screening?

Is Your Alcohol Sanitizer Safe and Effective? Chula’s Pharmaceutical Science Has Developed a User-friendly and Rapid Test Kit to Keep People Away from COVID-19.