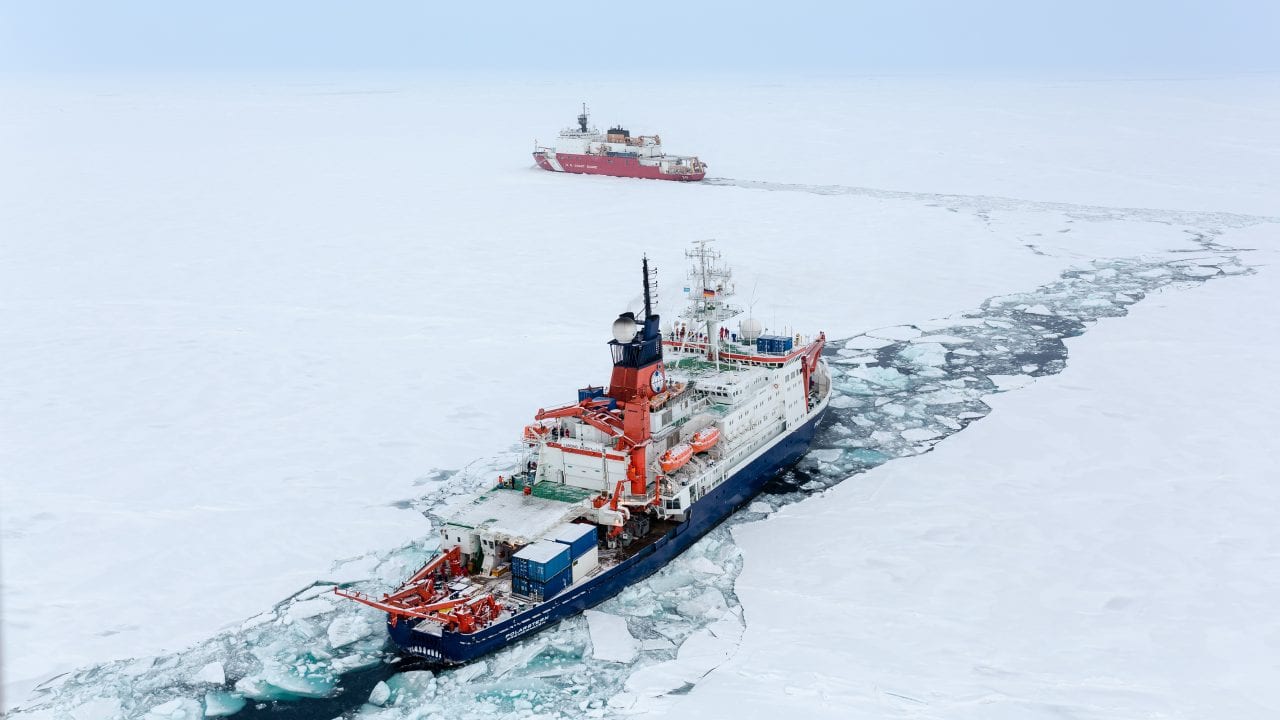 Key Takeaways
* Trace elements may increase with future Arctic melt releasing dissolved organic matter from permafrost thaw.
* Nutrient levels and productivity may increase in the Arctic, but loss of ice cover will continue to worsen overall warming as more heat is absorbed from the atmosphere.

A new study by researchers at Woods Hole Oceanographic Institution (WHOI) and their international colleagues found that freshwater runoff from rivers and continental shelf sediments are bringing significant quantities of carbon and trace elements into parts of the Arctic Ocean via the Transpolar Drift–a major surface current that moves water from Siberia across the North Pole to the North Atlantic Ocean.

In 2015, oceanographers conducting research in the Arctic Ocean as part of the International GEOTRACES program found much higher concentrations of trace elements in surface waters near the North Pole than in regions on either side of the current. Their results published this week in the Journal of Geophysical Research-Oceans.

“Many important trace elements that enter the ocean from rivers and shelf sediments are quickly removed from the water column,” explains WHOI marine chemist Matthew Charette, lead author of the study. “But in the Arctic they are bound with abundant organic matter from rivers, which allows the mixture to be transported into the central Arctic, over 1,000 kilometers from their source.”

“It’s difficult to say exactly what changes this might bring,” says Charette. “but we do know that the structure of marine ecosystems is set by nutrient availability.”

Nutrients fuel the growth of phytoplankton, a microscopic algae that forms the base of the marine food web. Generally speaking, more phytoplankton brings more zooplankton–small fish and crustaceans, which can then be eaten by top ocean predators like seals and whales.

Higher concentrations of trace elements and nutrients previously locked up in frozen soils (permafrost) are expected to increase as more river runoff reaches the Arctic, which is warming at a much faster rate than most anywhere else on Earth.  While an increase in nutrients may boost Arctic marine productivity, Charette cautions that the continued loss of sea ice will further exacerbate climate warming, which will impact ecosystems more broadly.

“The Arctic plays an important role in regulating Earth’s climate, with the ice cover reflecting sunlight back to space, helping to mitigate rising global temperatures due to greenhouse gas emissions,” he adds. “Once the ice is gone, the Arctic Ocean will absorb more heat from the atmosphere, which will only make our climate predicament worse.”

Funding for Arctic GEOTRACES was provided by the U.S. National Science Foundation, Swedish Research Council Formas, French Agence Nationale de la Recherche and LabexMER, Netherlands Organization for Scientific Research, and Independent Research Fund Denmark. The Arctic GEOTRACES expeditions were supported by the captains and crew of the USCGC Healy and the R/V Polarstern.

Woods Hole Oceanographic Institution is a private, non-profit organization on Cape Cod, Mass., dedicated to marine research, engineering, and higher education. Established in 1930 on a recommendation from the National Academy of Sciences, its primary mission is to understand the ocean and its interaction with the Earth as a whole, and to communicate a basic understanding of the ocean’s role in the changing global environment. For more information, please visit www.whoi.edu.