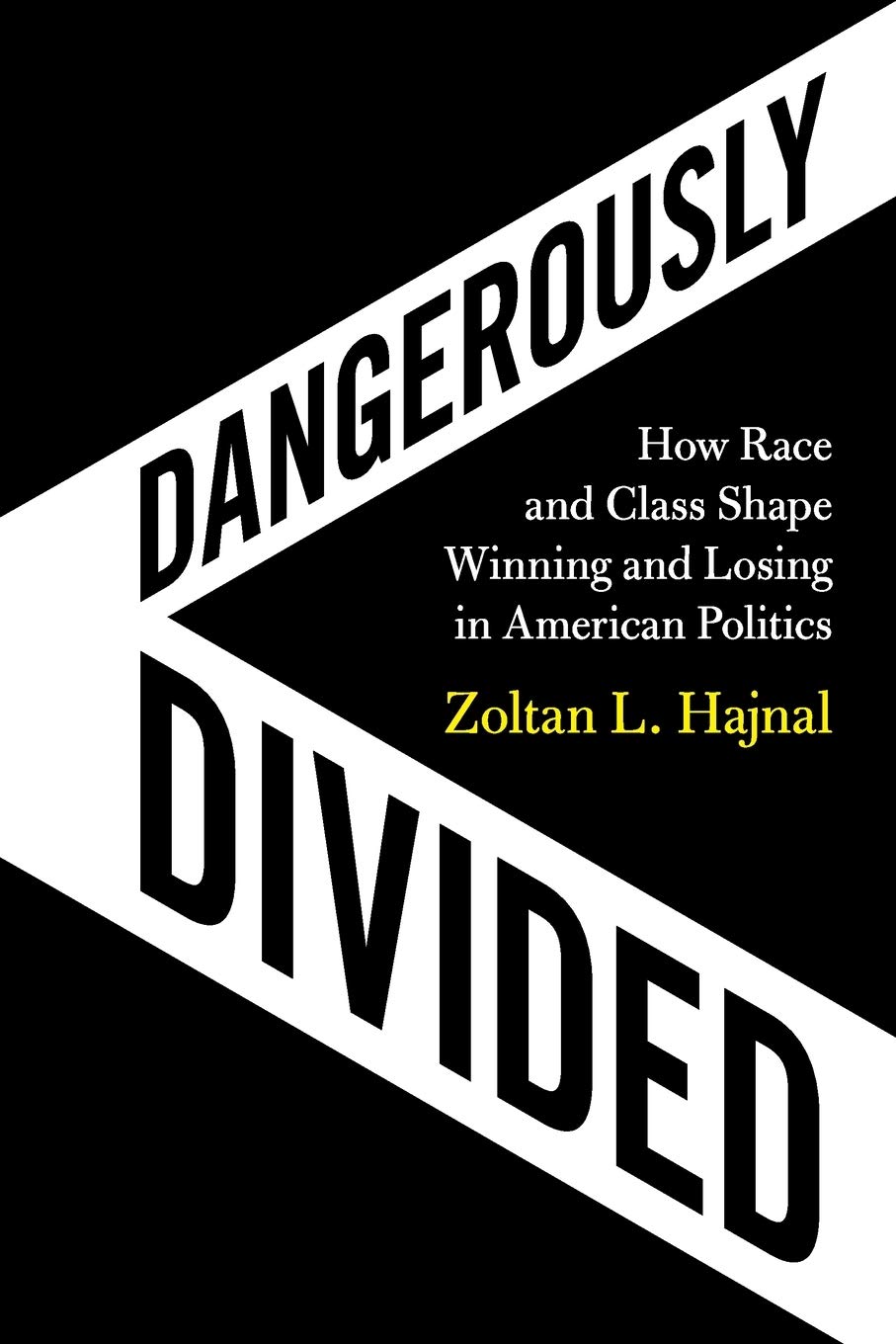 Race is shown to be the single most important factor in American democracy, determining which candidates win elections, which voters win at the polls, and who is on the losing end of policy. These conclusions are at the center of a new book entitled Dangerously Divided: How Race and Class Shape Winning and Losing in American Politics.” by Zoltan Hajnal, professor of political science at UC San Diego’s School of Global Policy and Strategy.

“Arguably, we are now more divided by race than at any other time in modern American history,” Hajnal said. “Even those who are well aware of America’s racial divide may be shocked by the degree to which it is a force in virtually all U.S. elections.”

The book provides insights into how immigration has become a major contributor in our deepening divide, as it has triggered a backlash that has increased white defections from the Democratic Party. Hajnal covered this topic extensively in his last book, White Backlash: Immigration, Race, and American Politics, co-authored with Marisa Abrajano, professor of political science in the Division of Social Sciences at UC San Diego. Their 2015 study, which is the basis for the book, predicted the outcome of the 2016 election and was voted among the top ten social science studies of the last decade by Vox.com.

Hajnal used data from a range of public opinion surveys over the last half century that polled about half million Americans on their preferences on a wide range of policy issues. These surveys represent the thoughts of American voters on whether there should be increases or decreases in government spending across 11 different areas of public policy: military spending, healthcare, transportation, gun control, minimum wage, etc.

Hajnal then evaluated if federal government spending eventually reflected the preferences of the majority of Americans over four decades. While the data revealed that American democracy is fairly responsive to constituents; one variable stood out—black voters were 5 percent more likely than whites to have their policy preferences ignored by the federal government.

“Blacks are losing to whites significantly more than any other comparison group—men vs. women, rich vs. poor, liberal vs. conservative,” he said. “One could argue that white voters represent the majority so why wouldn’t they have more of a say? However, when I dug deeper, the issue is more problematic because of the consistency at which the will of black voters is not enacted by the federal government in issue after issue, year after year.”

Hajnal does not have an explanation for this pattern; however, he points out that even when blacks have the same policy preferences as white voters, their preferences are weighed less heavily than that of whites, so there does appear to be some discrimination in the process.

“If we care about American democracy and want it to be as fair as it can be, there is in some sense, a pathway forward,” Hajnal said.

Hajnal joined the school’s faculty in 2017 specifically to oversee the new MPP program. His previous appointment was in the UC San Diego Department of Political Science for more than 15 years.

“For me personally, it is important to be involved in a community that cares about and is engaged with policy and to be teaching students who are likely to have a real impact on the world moving forward,” said Hajnal. “All of us involved in the public policy realm wholeheartedly believe that policy is an important tool to improve the wellbeing of everyone in society,”

He added that the program trains students to study public policy in a rigorous and systematic way, allowing them to develop better solutions as well as more efficient and equitable policy that can improve outcomes for societies.