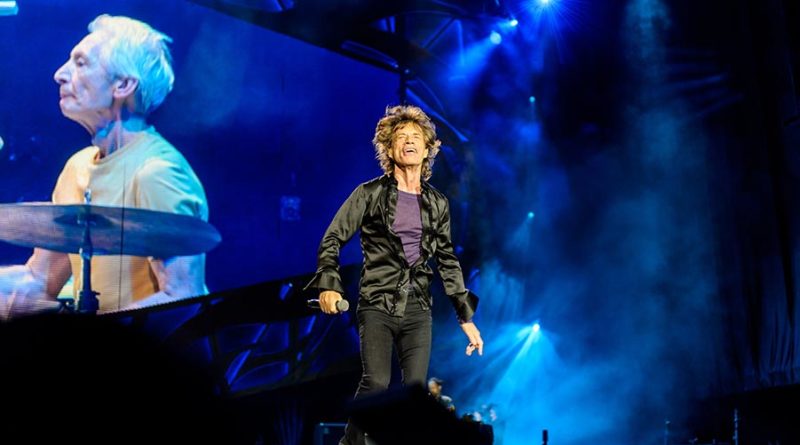 Mick Jagger owes some thanks for the fact he’s alive and strutting to Ajit Yoganathan and his lab crew. In fact, millions of people do.

The rock icon received a replacement heart valve in the spring of 2019 in a New York City hospital, and Yoganathan has led the testing of every prosthetic heart valve design on the U.S. market for safety and effectiveness. His Cardiovascular Fluid Mechanics Laboratory (CFM Lab) has served as a valve approval site for the U.S. Food and Drug Administration (FDA) for four decades.

Yoganathan invented the science of prosthetic heart valve engineering in that lab at the Georgia Institute of Technology in 1979. It is his signature achievement and the primary reason for his 2015 induction into the National Academy of Engineering. He and his fellow lab members have had a profound influence on prosthetic valve design — including the advanced model in Jagger’s chest.

For surgeons and researchers seeking a deeper understanding of how the heart pumps blood and how to fix it when the flow goes wrong, Yoganathan and the CFM Lab crew are bigger icons than the Rolling Stones.

“There’s no part of the world that I go to where people don’t know of him,” said Pedro del Nido, professor of child surgery at Harvard Medical School and head of cardiovascular surgery at Boston Children’s Hospital. Del Nido argues that Yoganathan’s revolutionizing of pediatric cardiac surgery outweighs his heart valve accomplishments.

Yoganathan’s accolades fill pages, as do his titles. He is currently Regents Professor at Georgia Tech and Wallace H. Coulter Distinguished Faculty Chair in Biomedical Engineering at Georgia Tech and Emory University. But he made his mark with a succinct nickname.

Since he plans to retire in June 2020, it’s time to hold up Dr. Y’s legacy as an inspiration for biomedical researchers to translate their science and engineering directly into patient benefit, an emphasis known as translational medicine. Dr. Y has advocated for it at Georgia Tech throughout his career while setting the best example of it — with the help of lab members and collaborators who possess complementary skills and resources.

Dr. Y is the preeminent expert on replacement valve design, although he has not taken one valve to market himself, leaving that to professional valve makers. Not a physician himself, he also has not performed pediatric cardiac surgery — but in collaboration with surgeons, he helped transform it.

His contributions arose at lab benches, lecterns, and computers. They drove more research progress to patient bedsides more quickly and economically than would have been possible through the traditional route of inventing new treatments and marketing them to clinicians. That process takes about a decade for one new medical device and costs hundreds of millions in development dollars.

“A lot of people think translational is about forming startups and getting new drugs or devices patented,” Yoganathan said. “That’s one way, but there are other pathways.”

Dr. Y has formed startups, but he’s made the biggest difference with those “other pathways.”

In 1974, as a graduate student, Yoganathan became interested in the functioning of natural and replacement heart valves. Five years later, he founded his lab at Georgia Tech, intending to run it for three years.

But in 1976, Congress passed Medical Device Amendments (PDF), giving the FDA authority over medical and diagnostic devices. Back then, there were no official lab testing procedures and no required preclinical or clinical trials for mechanical valves. The need for them was dire: Doctors were implanting new heart valve designs straight into patients desperate for anything to save their lives.

“By necessity, valve makers had to build one, try one, build one, try one. There were a lot of failures,” said Paul Citron, a retired vice president at Medtronic and also a member of the National Academy of Engineering. “I remember a patient receiving about a dozen valves that failed until a successful valve was put in.”

“I worked with the FDA to come up with the initial standards for valves and test protocols at the lab bench,” said Yoganathan, who also chairs the committee that oversees global valve standards at the International Organization for Standardization.

Heart valve manufacturers began jumping ahead of the FDA to have Dr. Y’s lab inspect their work before submitting it for approval, and they used Yoganathan’s assessments and recommendations to make improvements.

“Just about every new heart valve we designed went through initial testing in his lab to see if it worked, or sometimes he’d just test it on his own,” Phil Ebeling recalled.

“Sometimes collaborating clinicians had us look at a valve even when the company they worked with would have rather avoided it,” Yoganathan said, chuckling. One way or the other, new heart valve designs eventually landed in his lab team’s hands.

The physics of blood flow is wily. Add heart anatomy and physiology, and their variation from patient to patient, effects of hypertension and other diseases, age-related degeneration, genetics, heart valve materials, and engineering, and it’s no surprise that heart valve developers and surgeons had to work for so long by trial and error.

Dr Y’s overarching contribution was to end the guesswork.

“Getting that accumulated knowledge of why a valve fails in the first place, to arrive at an artificial valve that works long enough to be worth putting in a human, is his grand achievement,” Citron said.

Mick Jagger’s prosthetic heart valve was inserted through an innovative procedure called transcatheter valve replacement, and Citron gives much of the credit for its development to Dr. Y.

“His body of work contributed heavily to the transcatheter valve,” Citron said. “His fingerprints are all over it.”

An arterial catheter guides a prosthetic valve in a collapsed state through an artery to the heart, where a balloon expands the valve to replace the damaged natural valve, or to correct a narrowing in the aorta. Transcatheter procedures have saved thousands of adult patients for whom, in the past, open-heart surgery was too risky.

Dr. Y and his teams expanded cardiovascular knowledge beyond valves with years of flow and physiology data gathered with ultrasound and magnetic resonance imaging, modeling, and computer simulation. This led to the breakthrough that pediatric surgeon del Nido values most: planning software for difficult cardiac surgeries in babies with deadly birth defects.

Though Dr. Y started pediatric surgery planning nearly 20 years after first opening his lab, he faced that familiar trial-and-error dilemma in surgeons’ struggles to save babies’ lives. “Surgeons would try something. If it worked, they kept doing it,” del Nido said. “A lot of it was apprenticeship. ‘My mentor did it this way, so I do it this way, too.’

“Dr. Y pointed out ways to predict what surgery would do to blood flow. It meant we no longer had to do experimentation on children. It seems like an obvious concept, but it was a profound change in the field.”

Pediatric patients are chronically underserved in medical research. Especially with rare disorders, there are so few pediatric patients that developing new solutions can’t be financed. Yoganathan seized the opportunity for sweeping change, at a low cost, in a particularly vexing heart defect.

“Roughly two in every 1,000 children born in the U.S. only have half a heart, only one ventricle that is functioning,” Yoganathan said. “I got the idea of making the surgeries for it more systematic by using surgical planning in a simulation.”

“Now we can get patient-specific surgical solutions based on the anatomy and physiology of the individual,” said Kirk Kanter, a professor of cardiothoracic surgery at Emory University School of Medicine and a collaborator with Dr. Y on surgical planning. “We experiment with five or six surgeries on the computer to come up with optimal choices.”

“There were others who dabbled at this, but no one with Dr. Y’s level of knowledge who could combine it with the resources he had at Georgia Tech, like in mechanical engineering or computer engineering. It was seamless for him but would have presented hurdles at many other institutions,” del Nido said.

For the software’s development, Dr. Y tapped into the expertise of Jarek Rossignac, a professor in Georgia Tech’s College of Computing. Yoganathan also leveraged collaborations with Children’s Hospital of Philadelphia and Children’s Healthcare of Atlanta, clinical relationships that continue to benefit Georgia Tech.

The course taken by one particular medical device illustrates why patenting and marketing devices is, for Yoganathan, the road less traveled.

Dr. Y co-developed the device with one of his former Ph.D. students, Jorge Jimenez, and surgeons at Emory to reduce the need for open heart surgery. It’s a conduit to enter the heart through the tip of the left ventricle, and it sharply reduces blood loss from related existing procedures.

Five years later, in 2014, the device sold to a company that was subsequently acquired by Abbott, which is now considering the device for further development. Dr. Y. views delays and setbacks calmly.

“I had a lot of insight into startup companies because I consulted a lot for them and saw many of them fall by the wayside,” said Yoganathan, who adopted a more organic approach to his own startups.

“Keep your eyes open, and opportunities will come. If you start off just wanting to invent something out of the blue, it probably won’t work,” he said.

Dr. Y has ensured that others will carry on translational cardiology once he leaves Georgia Tech, where he led the creation of Ph.D. programs in bioengineering and biomedical engineering, the latter a collaboration with Emory. He has trained more than 50 Ph.D. students and as many master’s graduates, and he happily shares the spotlight with them whenever his work is recognized.

“He collects smart people around him and orchestrates what they all do,” Kanter said. “He brings out the best in them. It’s all about the group. It’s never about him.”

“Valvular disease is very complex. We can fix damage, but we are still trying to understand some of the deep biological causes,” Yoganathan said.

As retirement beckons next summer, he envisions himself relaxing and watching his legacy ripple across fields and generations in the continuing quest to improve patients’ lives.