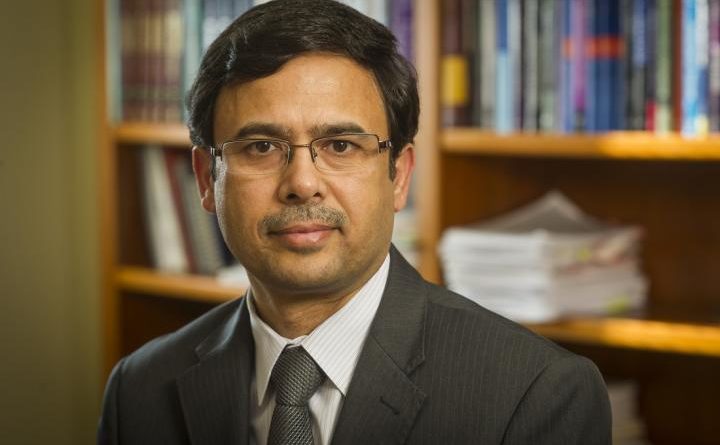 BIRMINGHAM, Ala. – Major depressive disorder, or MDD, is one of the world’s leading causes of disability. Remission rates are low.

A University of Alabama at Birmingham researcher has now launched a search for the underlying biological changes that cause this devastating disorder by focusing on a newly developing arena of gene control called epitranscriptomics.

The challenge in MDD research, says Yogesh Dwivedi, Ph.D., professor in the UAB Department of Psychiatry and Behavioral Neurobiology, is the absence of any coherent hypothesis to explain the short- and long-term maladaptive processes to external stimuli that impair people with MDD. Psychiatrists see behavioral changes in patients, and there is some evidence of changes in brain structure and the plasticity of brain synapses; but little is understood at the molecular level inside the neurons.

The data suggest these changes could lead to aberrant gene expression that affects specific molecular pathways of MDD pathogenesis. Dwivedi has received a five-year, $3 million grant from the National Institute of Mental Health to pursue these findings in postmortem brains from people with MDD, compared with postmortem brains from healthy subjects.

“No one has done epitranscriptomic mapping in the brain,” Dwivedi said. “It’s the very first time. This is a new chapter in gene regulation.”

Epi, from epigenetics, is the modification of gene expression without altering the genetic code itself. Often, that modification is the addition of a methyl group to a nucleic acid base.

Epigenetic changes of DNA or mRNA involve three classes of enzymes, generally called writers, erasers and readers. Writers add a methyl group to a codon, erasers remove the methyl group from the codon, and readers, which bind the methylated nucleic acid, cause something else to happen. For mRNA, for example, one reader in the YTH family of readers will cause the mRNA to be translated into protein; but a second reader in that family marks mRNA for degradation and recycling. Thus, epitranscriptomics is a control point that can drive mRNAs to different fates.

It now appears that the cell can regulate a gene at the mRNA level using these epitranscriptomic mechanisms. The cell can alter the abundance, maturity, stability and localization of an mRNA, and decide whether it gets translated into protein or not. In this way, gene transcripts can be selected by the cell for protein translation in a highly dynamic and reversible fashion. Furthermore, such rapid changes inside brain neurons could execute localized control as a quick response to external stimuli.

The preliminary evidence from Dwivedi and colleagues has led them to propose an overarching hypothesis for MDD — that m6-Adenosine methylation-based epitranscriptomic modification of mRNAs may act as a dynamic regulator of a subset of genes in a brain-region-specific manner, and it would affect specific molecular pathways in a coordinated fashion to participate in MDD pathogenesis.

Dwivedi and colleagues will test this hypothesis in detail, looking at mRNA methylation machinery and mRNA methylation profiles in specific areas of the brain. They will also explore the impact of mRNA methylation at neuron synapses, using dendrite synaptosomes, for any contribution to MDD pathogenesis.

The research will be funded by National Institute of Mental Health grant R01 MH118884.

At UAB, Dwivedi holds the Elesabeth Ridgely Shook Endowed Chair and is professor and director of Translational Research in the Department of Psychiatry’s UAB Mood Disorders Program. He also co-directs the UAB Depression and Suicide Center.

This part of information is sourced from https://www.eurekalert.org/pub_releases/2019-08/uoaa-mg082719.php