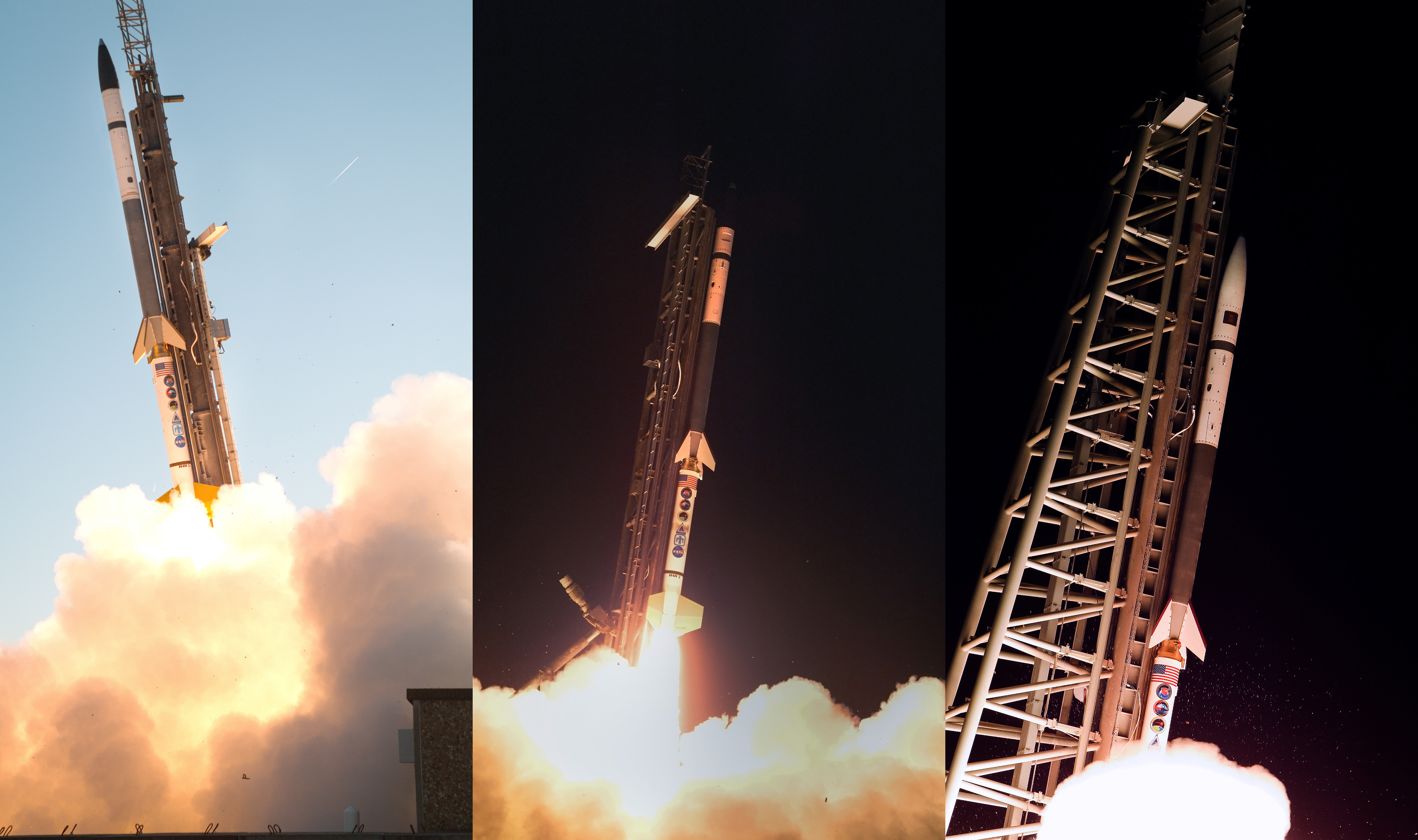 ALBUQUERQUE, N.M. — One year to design, build and test three rockets. Six weeks to unpack, assemble and test them at the flight range. One day to launch them.

Sandia National Laboratories launched three sounding rockets in succession for the Department of Defense on Wednesday. The triple launch was conducted at NASA’s launch range at Wallops Flight Facility in Virginia to hasten development of 23 technologies for the nation’s hypersonic modernization priority, including the Navy’s Conventional Prompt Strike and the Army’s Long-Range Hypersonic Weapon programs.

This was the first mission for the High Operational Tempo for Hypersonics rocket program, funded by the Department of Defense. Experiments were supplied by Sandia, entities within the Defense Department and partner institutions. Other collaborators included Oak Ridge National Laboratory, the Applied Physics Laboratory at Johns Hopkins University and several defense contractors.

“Hypersonic vehicles include components and materials from a wide array of cutting-edge technologies,” Sandia program manager Ben English said. “And because all those components come from a broad number of sources, all of them presumably can benefit from a reduced-cost, high operational tempo, flight-testing environment.”

Sounding rockets gather more accurate data than ground-based, mechanical flight simulators, and they can be launched more frequently and at a lower cost than fully fledged hypersonic vehicles, speeding up development of hypersonic technologies, English said.

“Our purpose is to generate a rapid testbed tempo at reduced cost to the taxpayer for future hypersonic weapons systems development and upgrades,” English said. “We are the technological steppingstone between ground-based lab testing and simulations, and a full weapons test. Sandia does both, currently, and this program is the middle ground between the two of them.”

While hypersonic vehicles like the Sandia-developed common hypersonic glide body, by definition, cruise for long distances at speeds of Mach 5 and above, the rockets that were launched Wednesday experienced these speeds for a comparatively brief time during their 260-mile ascent and subsequent reentry. Sandia is planning another launch in 2022 that will increase the amount of time payloads spend in hypersonic flight conditions.

Is Your Alcohol Sanitizer Safe and Effective? Chula’s Pharmaceutical Science Has Developed a User-friendly and Rapid Test Kit to Keep People Away from COVID-19.